Our Sloth is Killing Us

No matter how much faculty of idle seeing a man has, the step from knowing to doing is rarely taken.

In a recent Northwind post entitled, Our Health System Isn’t Broken, I argue that the problems we face in healthcare aren’t because the system is broken but because it’s working as it was designed and we can no longer afford its complex labyrinth of mass production, grabbing-hands driven, many-layered, bureaucratic structures. To that point, I’m fond of saying that “maintaining the status quo is a brittle strategy.”

Fear not, this post is not about healthcare, health insurance, or pharmacy benefits, though the message applies to all of the above.

Our company has grown by innovating in a space that has massive room for improvement. This means that, when we win, we are creating change through the execution of new ideas and the displacement of the status quo. It can be a long, slow, process because resistance to change, even significantly beneficial change, is typically very high.

As we end 2020 and look forward to 2021, now is a good time to talk about change, what’s needed in the days ahead, and what we have to overcome to get us where we need to be. The challenges of this year have revealed much about how we hunger for change while resisting it. Though we often recognize that things could be better, there are some understandable reasons why we tend to resist change:

Ultimately, our resistance to change is rooted in a survival instinct that, at its heart, is based on risk management. “What if” becomes our change management tool and we tend to retreat from the things we feel we cannot control or the risks we feel are not properly mitigated. It makes perfect sense, right? The risk needs to be worth the reward.

However, there is also a more subtle, and insidious, reason that we resist change and it isn’t associated with risk. Quite frequently, we resist positive change because it looks like work.

Sloth is defined as a reluctance to work, or laziness. In the Christian spiritual tradition, it is one of the “Seven Deadly Sins” and represents a complex combination of ideas rooted in the concept of “acedia” or lack of care for oneself or the world around us. Chaucer described sloth as despair, idleness, tardiness, and negligence, further characterizing it as holding back and refusing to undertake works of goodness because they are too difficult.

“What a minute!” you say. “Are you suggesting that resistance to change is akin to sloth?” Yes, sometimes it is. We are all guilty. Some forms of it with which you might be familiar:

We see it all around us and the voice of sloth seeps into our conversations. “The lift is too much.” “I don’t feel like it.” “The juice isn’t worth the squeeze.” “It’s just not worth it.” “She is too painful.” “I’ll never lose the extra weight.” The litany of excuses goes on and on. You might say, “hold on, sometimes these things are true and not excuses.”

Sometimes, the actions or opportunities before us are not worth the effort they demand. Sometimes we need to say “no” or avoid a project or request that doesn’t make sense. Sometimes. However, I would wager that there is a high frequency of times when we avoid with an excuse rather than with meaningful logic.

How many works of goodness lie unexecuted in our resistance? How many good ideas die prematurely in the face of perceived effort? How much of our potential remains unrealized in the shadow of untaken action? How much positive difference hibernates within our untapped capacities?

Look at the past 180 days and ask yourself “what change am I resisting?” Then ask “why?” and take some time to discern your answer. Then, look ahead 12 months and ask yourself “what if?” What if you changed something in yourself? What if you made a big decision for your organization? What if the change worked fantastically? What if your peers, clients, employer, community, family, friends, or world were positively impacted by change you could bring? Then consider what you would be willing to do to see that through.

Can you feel the “no’s” welling up within? That’s sloth. That’s resistance. All of those rational reasons for not taking the actions you considered above. That is the subtle and subversive whisper of insidious sloth breaking your will before you’ve even started. Stop asking what you would be willing to do, and start asking what needs to be done.

There is a big depressing hole in our collective ethos right now. We’ve allowed ourselves to become victims of a sloth that makes great progress nearly impossible. It is a sloth of both spirit and effort. It is also something we can correct.

I mentioned earlier in this post that “status quo is a brittle strategy.” What does that mean? We can’t keep doing the same things and expect different results. If a thing is brittle, we know it will break when it is struck by something that is harder; it shatters when it needs to flex or absorb. We must be open to changing ourselves. We must be open to evolving. We’ve got to be able to flex or absorb as needed to effectively meet a changing world. We also need to acknowledge that change takes work and recognize that the effort demanded of us is a good thing.

William F. Buckley said that “industry is the enemy of melancholy.” That really is the answer. Get to work. I’m not talking about driving into the office or getting on a Zoom call, though those may be part of your action. Get to work chasing something bigger. Get to work aiming higher. Don’t retreat from effort. Don’t fear getting your hands dirty. Don’t avoid new ideas just because they require effort. 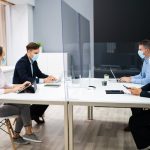 The Great Philosophical Question of TodayEvolve 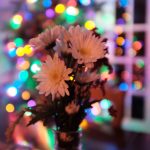