The Great Philosophical Question of Today

Experience should teach us to be most on our guard to protect liberty when the Government’s purposes are beneficent. Men born to freedom are naturally alert to repel invasion of their liberty by evil-minded rulers. The greatest dangers to liberty lurk in the insidious encroachment by men of zeal, well meaning but without understanding

Think back to where you were on this day 12 months ago. Quite likely, you had spent Thanksgiving with extended family or friends, done some shopping, and were contemplating plans for the upcoming Christmas Season. November 2019 headlines included: the Trump impeachment probe, a school shooting in California, Keystone pipeline leaks, increasing deaths from vaping, and the teacher’s strike in Chicago.

In sports, lots of football was happening and a large group of students delayed the Harvard-Yale game when they crowded onto the field during half-time to protest climate change. Players for the Steelers and Browns were being punished for a fight. Basketball season was rocking along and some were talking about the Wilder-Ortiz boxing match.

My, oh my, what a difference a year can make. At this time last year, we had no concept of “sneeze guards,” “N-95 masks,” “anti-maskers,” “COVID-19,” “Zoom,” “lockdowns,” “flatten the curve,” or that our new farewell would be “Stay Safe!” None of us would have conceived of how different our world would look on November 29, 2020.

We’ve covered a lot of ground this year. We’ve endured fear and loss, heartbreak and anger, suspicion, impatience, frustration, doubt, scandal, accusation, and an uncertain future. Hmm, sounds a lot like every other year. But it is different this year. Today’s headlines aren’t just dramatic events happening somewhere else, many of them are being played out in different ways in our own backyards.

COVID related events are happening in our communities: hospitalizations, deaths, lockdowns, and restrictions are very real for everybody. Disruptions related to the pandemic are in front of us at every turn. And, it doesn’t look like they are going away anytime soon. New normal? No, we are living in a new abnormal. We will be talking about this year, this virus, this experience…for years to come. When we do, we may still be doing it from behind a mask.

Walking through the mall yesterday, I couldn’t help but feel that I was participating in some bizarre theater of the absurd. Masked figures hiding behind sneeze guards greeted me in the stores. Hand cleaning stations were placed between the display racks. Signs reminded me to not enter if I was feeling sick or running a temperature. “X’s” were taped on the floors to indicate appropriate social distances.

Apple, always an innovator, had completely revamped their minimalist store to look like a new age movie theater with greeters talking into articulated microphones behind glass, dispensing e-tickets to meet with properly clad “geniuses” waiting somewhere behind the translucent, highly sterile looking, wall now hiding the store’s inner workings safely from any danger of human interaction.

Sitting maskless in the crowded foodcourt, I ate my open bowl of Chipotle and chips, sipped my un-protected Coke, and contemplated the shoppers brushing past me with bags of products pushing air and carrying any number of contaminants into my completely exposed bubble of perceived safety. Aside from the masked faces of passersby, the lunch seemed almost normal. Almost.

There, amid eight or nine hundred fellow shoppers, I wondered how far we were willing to go to try and protect ourselves. That really is the question we need to be asking. As elected figures leading our local, state, and national governments move from suggesting safe habits to dictating how many people can be in our homes on a given day, we need to carefully consider how far we are willing to go to feel safe. I use the word, feel, because we will never be completely safe – even if we feel like we are.

Reading many of the headlines, there seems to be a dark glee in the rising cacophony of doom as pundits predict more deaths. Remember the 80’s song, “Dirty Laundry?” Kick ’em when they’re up, kick ’em when they’re down. Such great fodder for keeping eyeballs glued on the strange, the dramatic, and the urgently frightful. Every person is a potential carrier. Behind every corner lies potential exposure.

We went from “flatten the curve” to “avoid at all costs.” “Pushing through” became “running from” and government policy followed, dictating more and more rules to protect us from ourselves. Or worse, from the indifferent cads who cavalierly expose us to danger by not following the rules. Oh by the way, most of you who have it don’t know it and are inadvertently killing the people around you by “superspreading” with your carelessness.

Does any of this sound like something from one of those novels you had to read in your high school lit class? You know, books like Fahrenheit 451, 1984, Animal Farm, or Atlas Shrugged. The same story unfolds: give up freedoms for safety or in the name of fairness. We have the answer. Let us protect you. We’ll make it better. Just do what we say.

Now, nearly a year later, the reality is starting to emerge. Intermittent pieces are appearing suggesting that this isn’t a battle we can win. At least not in the sense of eradicating a virus that will continue to mutate. Like the common cold, a coronavirus with which we have learned to live, the virulent version we are now encountering will not be “cured.” Any vaccine will only be partially effective – just like the seasonal flu vaccine.

COVID-19, and the newer versions soon to be assigned their own names and numbers, is a real danger and we need to vigilantly work to mitigate it. But there are other real dangers: cancer, heart disease, and diabetes to name a few. One of the biggest threats to our 2021 is the massive care avoidance that has occurred in 2020. The other killers have not gone away and the distractions of COVID-19 have set them up for brutal intensity in the months ahead. Add our familiar diseases to stressors brought on by economic strains, fear of the unknown, and social restrictions and we’re looking at a frightful onslaught of new versions of old problems in the coming year.

The big question remains: how far are we willing to go to feel safe? Much has changed over the last 12 months. Not all of that change is for the worse and much of it may be here to stay. We have given up some individual liberties in the name of the common good. Rightfully so. However, in an evolving situation in which we have imperfect data and differing interpretations of the data, how much do we give up in the name of the unknown? It’s a question we all need to be asking and a debate that is worth having, particularly as the pandemic goes on, the virus evolves, and the necessity of action builds to more dramatic, and potentially dangerous, decisions. 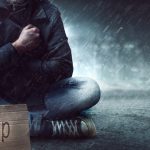 With a Spirit of GratitudeUncategorized 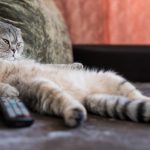 Our Sloth is Killing UsEvolve