When the Ideas Run Out

Want to test someone’s mettle? Turn up the heat. Apply some pressure. Turn the screws. You don’t truly know a person until you’ve watched how he or she behaves when under stress. Some rise to the occasion and play at a higher level. Others retreat. And some behave like a cornered animal – dangerous and unpredictable.

Following the character of their human leaders, organizations often behave in the same way. From a competitive perspective, pressure can make a team better or it can bring out the worst. No one wants to get out-maneuvered. No one wants to lose. However, in a world full of people with competing interests, we are going to lose from time to time. How we react defines us.

Much has been written about grit and resilience. Grit refers to our resolve, strength, and courage. Resilience is our ability to recover from setbacks. Both are incredibly important character traits relative to our ability to thrive and pressure brings a spotlight upon them in sometimes excruciating fashion.

One acute side-effect of a poor response to stress is that our creative self becomes paralyzed. We retreat in fear or we fight reactively. Whether cause or effect, the end result is that our idea machine becomes bogged-down in the emotional tsunami associated with the situation. Here, we stop innovating. In this state, we generally go into ‘protect’ mode.

In protect mode, our focus turns from possibility to prevention. We start playing defense. In lieu of ideas, we chase protocols and technicalities. In the place of innovation, we grasp at rules. Look at our hyperactive legal system. The bloated, lumbering legal system in the United States, originally designed to protect, has been weaponized by those who do not know how to innovate – at least constructively. Lawsuits are all about prevention and punishment.

Worry not, this post isn’t about our legal system. Good and bad, it is necessary to maintain freedom and govern behavior. However, when we fall back on it, it is often because we’ve run out of ideas and are grasping for a way to compete. If we can’t beat someone else with our ideas, we’ll try to hammer him or her with the rules.

When the ideas run out, we retreat to the small, cramped space of threatening, bullying, and impeding. We say “If I can’t out-play them, I’ll trip, distract, defame, or intimidate, them.” Rather than focusing on how to increase my value, I will focus my energy on lessening theirs. This race-to-the-bottom approach centers on a war of attrition and ultimately only decelerates the velocity of our own value. Our smallness is self-defeating.

Feeling under the gun? Here are some signs that you’ve run out of ideas:

When the Pressure Comes

Setbacks are an invitation to be better. Challenges are a call to be more. They will inevitably find you but you get to chose how you respond to them. Don’t lose yourself in the small and the petty. Don’t lament your bad fortune or get angry. Feel it if you must but only for a moment. Then focus. Focus on what you control. Focus on who you are. Focus on who you want to be. Focus on the possible. Or, perhaps even the impossible.

Then, take action. Not in the small, race-to-the-bottom world of grasping and thrashing. No, aim for something higher. Look for the message in the setback, the opportunity to learn in the loss, or the path to growth in the challenge. Your mind is an incredible idea machine – set it loose to do its job.

When the pressure comes, listen for the call to more, then step up. If you aren’t sure where to begin, start with value. How do you bring more value? What makes you more valuable? Put yourself on the other side of the table and look for ways to solve someone else’s problem, make some else’s life better, or help someone else grow. In your personal or work interactions, the same opportunity applies. Give value first and watch other problems melt away.

Know when the ideas run out and recognize that it’s not because there are no more, it’s because you aren’t seeing them. Take a breath, pool the IQ’s, and take another look. The answers are likely hiding in plain sight. 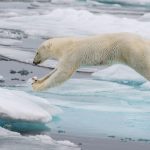 We Rise and Fall in the StretchEvolve 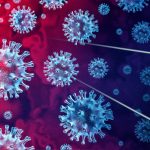