15 Ways Heroes Use Grit to Win or Lose Well

The Lessons of Battle

Last night, I witnessed an amazing battle on a basketball court. Two very talented teams went at it for 40 minutes in an aggressive and well-played contest that revealed a number of things about the players, coaches, referees, and fans.  The Hillsdale College Chargers mounted a furious 27-11 run over the last 5 minutes of the game to beat #19 Lake Superior State 82-80.  It was an amazing comeback that made an indelible impression upon me and affirmed the meaning of the College’s motto.

Grit is the word that comes to mind as I consider this contest.  Though most of us are long past our glory days of such intense, face-to-face confrontation, there are many lessons in battles like these that we should remember as we face our daily struggles.

What is grit?  It is defined as “strength of character.”  John Wayne showed us True Grit.  It suggests pluck or bravery in the face of long odds.  It is that “je ne sais quoi” that somehow, someway makes a difference when we need it most.  It is perseverance and determination.

As I watched the final moments of the game, I witnessed Grit revealing itself in so many places on and off the floor: diving for a ball, taking a charge, making a bold pass, getting up after being knocked down, coming back after making a mistake, maintaining poise as tension mounted.  Such intense moments make Grit easy to see.  Our challenge lies in mustering our Grit in those daily struggles that relentlessly harry us.  Against the epic or the mundane, Grit carries us through.

You Will Win AND You Will Lose

In his poem If, Rudyard Kipling wrote that “If you can meet with Triumph or Disaster, and treat those two impostors just the same,” you are on your way to success.  Grit is that key element which helps us navigate the wins and the losses.  Grit is what enables us to win, or lose, well. 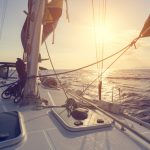 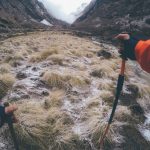