I recently had the opportunity to watch the 2018 version of A Star is Born featuring Bradley Cooper and Lady Gaga. I was first introduced to the story with the 1976 version starring Barbara Streisand and Kris Kristofferson and must confess to being fascinated by the plot and these movies. The 2018 version of the movie is particularly well-done: powerful themes, great writing, great acting, great production/direction, and great music. The movie is raw and at times challenging as it tells the story of a successful performer falling from his peak and his love who is just starting her climb to fame. At it’s center, this movie is the story of a wounded man, addiction, love, hope, and despair.

The movie opens with a clear view of singer Jackson Maine’s struggle with alcohol as he encounters Gaga’s character, Ally, and we watch as their love affair evolves in parallel to his downward spiral and her ascent to stardom. Along the way, we are treated to some great music backdropping their romance as we trace Maine’s descent, including a particularly brutal meltdown on stage during Ally’s Grammy acceptance. Ultimately, Maine’s struggle ends with him taking his own life.

Thirty years ago, I would have seen this character and asked, “How could you?” In fact, I did as I watched the 1976 version of the movie – one that also featured great music and great acting. How could you? You had it all and you threw it away.

But time and experience have shifted my perspective. Now, 30 years later, I understand how someone gets there. I’ve seen what struggle and despair look like. I’ve seen wounded people and addiction. I’ve felt loss. The story is no less tragic, but the path is no longer such a mystery.

In this version of the movie, we get some of the backstory of the fading star as we also follow his relationship with his older brother (Sam Elliott) who is his manager. Bradley Cooper, who also wrote and directed this movie, gives us glimpses of the brokenness of Maine’s youth as we learn of the death of his mother, his father’s alcoholism, and the complex nature of the relationship between the two brothers. We see the sadness, the tragedy, the scars, and the open wounds haunting the performer.

The Face of Despair

The proud youth thinks, “never me.” But we all carry brokenness, and life will make us struggle. Our hearts will be broken, we will fail, we will endure loss and grief, and sometimes even despair. Drug and alcohol addiction are a very real part of our human story and an unfortunate fixture in our American fabric. Struggle and loss frequently lead us there and no one sets out to fall into the trap. The loneliness, emptiness, disappointment, and sadness that leads us to let the genie out of the bottle, disappears for a while but the numbness doesn’t stay and the cycle begins.

Last week, a friend shared a post that reminded me of the sad reality of our collective battles with the demons that haunt us. In the post, a father was talking about his young daughter who had recently committed suicide. His post was focused on the great support his family received from his employer and the comparatively terrible support from the life insurance company who denied the claim based on a litany of administrivia associated with his wife’s employer. He shared no details of his daughter’s circumstances but one could feel acutely the pain and suffering in his post. Their story is real and incredibly tragic.

As we move to the climax of A Star is Born, we watch Maine’s tragic end unfold. Cooper hauntingly captures the despair of the downward spiral as a sober Jackson Maine makes the decision to end his life and then medicates himself to the point at which he no longer feels any inhibition to actually doing it. As I watched it unfold, tears rolled down my face. I understood the path and it was heartbreaking. i recognized the despair in his face and the wrenching aloneness of the moment – that point at which he was done with this life. So sad and so devastating.

However, it was the closing song by Lady Gaga’s Ally at the memorial concert that caused me to weep fully. Jackson Maine may have felt despair, but he was loved. He may have felt alone but he wasn’t. His broken, addicted, wreck-of-a-person was still loved and it was those who loved him who had to live with his suicide.

“Never me” we all think as we watch his life spiral out of control. But we are all broken in our own way and, if we haven’t yet, will face struggles with the potential to break us. They may even come in the guise of success.

Be aware. Be alert. Stay on guard. Be vigilant for yourself and for those you love. The dark road begins with small steps and our worst inclinations hide in many places. As we come across those who are in the fight of their lives, we need to remember that they once stood in a place like the one we live in now. No, we can’t make their decisions for them, nor can we protect them from themselves. But we can love them. We can try to help. And, we can try to understand.

For those who are struggling, all I can say is that we are never as alone as we might feel and we always have choices. The mistake we make is believing that our pain is unique, that no one else suffers as we do, and that no one cares. For families living with such loss, you are not alone either. As dark as this topic is, I’ve seen love and joy to equal it – if we allow it to find us and accept it.

Our world is disordered in so many ways and, in the wide-open macro of the madness, it is easy to feel, and become, lost. But we all live in communities, small groups that hold and sustain us. Here, we might bring hope and order to the chaos. There is hope. There is always hope. 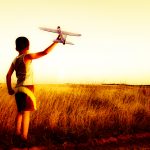 In Defense of Fairy TalesInspire