Truth and the Sins of Omission

In a time of deceit, telling the truth is a revolutionary act.

A few weeks ago, we attended a college commencement ceremony. Though attendance was limited, we were fully masked, and the speeches were pre-recorded to be delivered via big screen, the event held most of the normal pomp and circumstance of such graduation celebrations.

The commencement address was delivered by the CEO of a major news organization and his topic was “Truth.” Sadly, his speech was quite political and did little to celebrate the graduates or acknowledge their accomplishments in completing their degree requirements. Instead, he focused on defending the mainstream media from criticisms of bias and unbalanced reporting while lecturing the audience on the necessity of the “careful handling of truth.”

The careful handling of truth? It was a curious and dark entre into his description of how journalists must be careful with the truth in order to protect others. Though he did not specify which “others” needed to be protected from which “truths” nor who should be the arbiter of such protections, he did share a story or two about his days as a young reporter and how careful he was when reporting on events in inner city communities. I found his speech chilling and felt repulsed by the hubris in his self-congratulatory plugs for his own moral authority.

Forgive me, I digress.

Two thousand years ago, Roman Prefect over of Judaea, Pontius Pilate, asked “What is truth?” and proceeded to wash his hands before the crowd as he rejected it. My truth, your truth, what’s the difference in a world where truth is something to be “carefully managed”?

Moving on from the media and publicly reported information, what about other truths? Our industry, health benefits, is notorious for its “careful handling” of the truth. Misaligned incentives are often the culprit for fostering such behavior but that doesn’t justify obfuscation, misdirection, or lying. In this case, “careful handling” of the truth likely means that one person is hiding the fact that they will make more money when their client follows a recommendation that might not be in his/her best interest.

Aside from the outright rejection or censoring of truth, we find an even more insidious version of its careful handling: partial-truth. Information that contains elements of truth but is conveyed incompletely so as to paint a picture reflective of a different truth. Here, we find the omission of details that might change one’s conclusion regarding the truth. One of author Jordan Peterson’s 12 Rules for Life is “Tell the truth – or, at least, don’t lie.” It’s a great book and I agree with many of his observations, however, is avoiding the lie enough?

Where else do we see sins of omission? They appear in what we don’t do. When we don’t point out an error or misinformation. When we stand idly by as evil is done. When we allow bad things to happen by our inaction. When we don’t take action because it is inconvenient or ‘none of our business.’ Or, when we aren’t good stewards of our resources or the resources of those who count on us. Often, our inaction can do as much damage as our action born of poor decision making.

How are you handling the truths of your own life? Is omission a habit, a basic mode of operation, for how you communicate with others? None of us are perfect and few of us are saints. However, that doesn’t mean we can’t do better or that we shouldn’t aspire to something higher. Perhaps we need to remind ourselves that there is such a thing as sin and that it exists aside from getting caught. With that frame of reference, the truth and our omissions may earn the careful handling of a different sort.

Life, Death, and the Faces of FearInspire 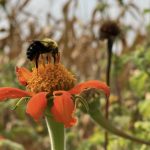 Sacrifice: The Price We Pay and the Power of Suffering WellEvolve