Greatness Rises Above the Moments

If you can meet with Triumph and Disaster
And treat those two impostors just the same;

Rudyard Kipling, from “If”

Take a few minutes and consider the defining moments of your life. In the successes and victories, what stands out? Were the moments dramatic? Were they quiet? What made them defining for you? In our victories, we feel the rush of satisfaction; the affirmation of something well-earned. Perhaps it was recognition, some great discovery, or the passing of a major test. Maybe the moment was marked by new elevation in rank or role. What difference did it make? Did it change you?

Defining moments also come from our losses and failures. Do any moments stand out in this regard? At its smallest, failure fosters disappointment. At its worst, failure brings shame, guilt, and fear. Even in the quiet failures of choice, the little tears in our moral fabric when we lie or fail to do the right thing, we feel the subtle changes brought by letting ourselves down. Moving toward more dramatic failures of effort, decision, investment, preparation, or performance, we acutely feel the effects. Nobody likes to lose. It never feels good to let someone down. We all hate to be passed-over, rejected, or ignored.

Identifying the moments as defining, we recognize their impact. Post-moment, something changed. Was it for better or for worse? What direction did life take you afterward? How did things change?

We mark our lives with such moments and let them pass, often without a second thought. We revel in the victory or wallow in the defeat. We fail in the moment or stand true. Over time, we collect these moments and they form patterns of behavior that ultimately define us.

Looking on from the outside, we see greatness, and often power, ascribed to such moments. Headline successes put us in the rare air of achievement: wealth, physical prowess, discovery, creation, production, healing. The great ones achieving something in great moments. In the same fashion, headline failures put us in the valleys of loss. Missed opportunities, dropped balls, failures to show up, and numerous other missteps that accord us disdain, disinterest, rejection, or even contempt.

However, considering greatness and the power that accompanies it, it’s really not the result that defines it. Sure, you might have authority granted to you in a successful election or honor accorded in a game winning shot but true power lies somewhere else. True power, true greatness, is rising above it.

How so? We quickly become slaves to the moments. Adored for success or humiliated by failure, we find that they are two sides of the same coin. We all want success and the benefits accorded to it just as we all want to avoid failure and its associated pains. Central to this drive is egocentric Pride. We become addicted to the rewards of ego-affirming winning and repulsed by the shaming effects of failure.

Caught-up in the result, the means becomes less important than our need to fill that big hole in our center with a win. Along the way, the win becomes a check-box fix that loses its punch as we devalue it with less effort and look for shortcuts. Soon, anything less than victory is intolerable and we wrap our identify up in it. Like addicts, we cast all manner of things upon that altar looking for a hit, some juice for our Pride.

Look at those often considered the greatest among us. Power and wealth only seem to drive a need for more. The honor accorded to both seems to be an end unto itself. Our leaders, our celebrities, and those with massive wealth seem bent on headlines and control. At the very farthest reaches, winning and success take on very different meanings and magnify the dark effects of Pride and Shame. The stakes become intolerably high.

What is the answer? Rudyard Kipling’s poem “If” gives us a roadmap. In short, he tells us that rising above the successes and the failures is the true measure of our level of fulfillment as human being and our ultimate path to happiness. Here, we finally realize that Pride can be as damaging as Shame. The results may be important but it is our behavior before and after that truly define us. Rising above the moments ultimately determines greatness. In that place, we find the true power of character as defined by balance, integrity, and grit.

True greatness, true power, comes from rising above the individual successes and failures. It hides within our reactions to those defining moments. Who we are and what we’re about come shining through, and are fully defined, in the moments before and after a big moment. When we won, did we gloat? Did we sit back, rest on our laurels, and coast? When we lost, did we whine, wail, gnash our teeth and cry foul? When we were bullied, did we fall into victim hood, blaming everything around us or did we set about becoming something more, doing something with our pain? When we were wronged, did we plot revenge or did we forgive? It’s not what happened that matters, it’s what we did with it.

True power lies in rising above and being bigger than a moment or series of moments. It’s recognizing the joy of success while simultaneously acknowledging the blessings that brought it. It’s winning with humility and jumping right back into the labor of striving and preparation for the next ascent. It’s being brought to your knees and doing the hard work to stand up again, all the while knowing you’ll likely be knocked down again. It’s walking forward after being hurt and being willing to give it another go. It’s facing the fear knowing that you might fail.

True power is being bigger than your situations and rising above the pettiness of pride and shame. Often, power is not tied to designated authority but lies in the person who plays bigger and takes a longer view of priorities and values. Ultimately, true greatness, and its legacy, are not a series of accomplishments but a life of strong character built when we rise above success, loss, pride, and shame.

Perhaps its time we came to expect true greatness and the proper use of wealth and power from those we elect, those we honor, and those for whom we work. Yes, moments matter, but it is how we prepare for and react to them that truly defines us. 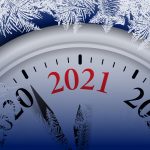 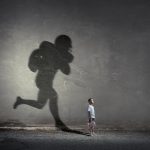