History is Made by the Hopeful

The title for this post comes from a billboard I recently noticed not far from my home. The advertisement is for a living history museum called Conner Prairie located just north of Indianapolis. The caption artfully draws the parallel between the interesting past presented at the museum and the compelling notion of hope that inspired those settlers and community builders that it celebrates.

Since first noticing the headline, I’ve considered its message frequently. Hope is such a powerful word. We associate it with positive possibility. Hope looks toward something better. To have “hope for the future” is to believe that tomorrow will be better than today. The billboard says: hopeful people make things happen.

From a historical perspective, all of our greatest adventurers were hopeful spirits. Even the adventures that didn’t end well, began with hope. Explorers. Conquerors. Settlers. Scientists. Writers. Artists. Entrepreneurs. Some Saints. All imperfect. Good and bad, successful and unsuccessful, they all contributed to the forming of the world we inhabit. In the best of times and in the worst, it was hope that moved them to more.

I am currently re-reading Titan by Ron Chernow. The book details the life of John D. Rockefeller, Sr. and is full of historical hopefulness. Rockefeller was massively ambitious and equally hopeful: in his business, in his family, in his country, and in his faith. The book is a story of hope, from the wildcatters who discovered oil in Pennsylvania to the Titan who brought a new kind of order, and controversy, to those same fields, to American business, and to our societal landscape.

Some set out to make history, but most of us just set out to make a life and, along the way, history happens. Our hopes don’t have to be grand, even the small ones move us forward. Often, we don’t “feel” hopeful, yet, we press on, wanting more and aiming for better. Small steps, daily made, move us toward our own history.

What is hopelessness? It is giving up. Quitting. To lose hope is to no longer believe in anything better. We may never stop desiring better, but inside, we refuse to see the possible. Hopelessness is to lose ourselves to those doubtful feelings and dark circumstances of the moment. And then, to stay there.

In fact, history is made by all of us, hopeful or not. We alter it a bit every day when we show up. Or when we don’t. We write a line in the book with each word, each action, each choice, and the myriad effects of our movements through the world. Today, YOU are making history. Even when you don’t try.

To hope is actually more important than the outcome we desire. Yeah, we need to aim high, but it’s our belief in the possibility that drives us and sustains us. When we have hope, we still believe something better is possible and that belief inspires us to keep working toward it.

“Hope is not a strategy” has emerged as a common aphorism to dispel the notion that hoping alone will get you to a particular outcome. Though it is true that, by itself, “hope” is not enough, the reality is that without hope, there can be no strategy. Hope may only be a starting point, but it is a necessary, and powerful, one.

There are degrees of hope. You can be somewhat hopeful. You can move tepidly toward your desires, never fully committing and never fully exposing yourself to potential risks in the pursuit. You can also feel generally hopeful that things will get better without choosing to act to make them better. Or, you may see the potential for improvement but not believe it can or will happen. Furthermore, you might believe it is beyond your ability, or responsibility, to act. I suppose these might also be called degrees of hopelessness.

Are you hopeful? What history are you making? Who is watching you make it? If you saw yourself on your favorite show, how would you describe your hopefulness and the choices it inspires you to make? Given the choice, would you rather be hopeful or hopeless?

History is made by the hopeful. At least the history that inspires us. Like so much of our life, hope is a choice. Yeah, there are days when we won’t feel it. There are times that kill it. There are people and circumstances that challenge it. Ultimately, it is a worldview and we have the chance to embrace it or reject every single day.

My suggestion? Choose hope. Not just the lukewarm version. Turn it up. Chose the all-in, ground-shaking, possibility-making, rock-your-world, kind of hope. From there, you can really go make some history. 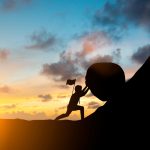 The Path to Effectiveness – Part IIEvolve 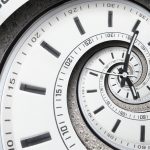