The Road goes ever on and on
Down from the door where it began.
Now far ahead the Road has gone,
And I must follow, if I can,
Pursuing it with eager feet,
Until it joins some larger way,
Where many paths and errands meet.

J.R.R. Tolkien, from Roads Go Ever On

Every great adventure requires us to leave the comfort of the known. The security of the familiar must give way to the uncertainty of what lies ahead. Without stepping onto that road and moving toward a new horizon, we cannot progress. We cannot remain anchored in the harbor. Our sails were made to catch the wind and move us onward.

A few days ago, we helped my mother-in-law move into her new home. She recently sold the business she built with my father-in-law. He passed in 2009 and she has lived in the grain elevator they purchased and converted into a home and headquarters for their company twenty years ago. Now 80, she built a house and has set sails toward her next adventure. Talk about new oceans!

Much is written of “new normals” and it is easy to pine for what we perceive as better days: past times when we felt safe, secure, and happy. The changes that life brings often feel like impositions, as if the universe is forcing its will upon we, the unsuspecting who want nothing to do with the so-called new normal. Perhaps this moment feels that way.

Awakened from dreamlike comfort, we’re forced out of our stable orbit toward some distant star. We realize that there is no going back. No return to what once seemed comfortable and secure.

My parents have spent the last few years renovating their home. Now 73, my dad has done nearly all of the work himself. I’m not talking about a week-end tile project. Their work has included new rooflines, additions, a kitchen, a bathroom, a garage, and everything in between. The change is profound and their home has been transformed to such an extent as to be almost unfamiliar. New rooms mean new patterns and life adjusts until the new becomes the familiar. Comfortable and secure eventually returns. At least for a moment.

There is no going back. Even when we return to the place we once moved within or through, something is different. That place and we, have changed. The familiar becomes unfamiliar and then, with time, familiar again. Our settled ways were never meant to remain static – no matter how much we want to hold them in place when they reach that heavenly ideal of peace, joy, and comfort. Something inevitably shifts and we must move with it.

Now is such a moment. Today has an epic feel, as if we are living through a new epoch marked by dramatic events. We have to remember that we are always moving through such times. Ours is a dramatic world. Ours are dramatic lives. Looking at the moment in which we find ourselves, we tend to forget the many moments that led us here and their own epic natures. And then we move on.

One of the great beauties of our lives in this world is our need to progress, to move on. We are forced forward even when we don’t want it and we always seem to end up where we are supposed to be. Some of us may require a bit more encouragement to push us on but we get moving eventually. The current challenge grips us, a bit of comfort follows, and then the next adventure emerges promising uncertainty and moments of discomfort.

I’m currently reading a biography on Winston Churchill during his days as Prime Minister of England during World War II. Those were certainly epic times. That epoch was dramatically fearful and laden with staggering uncertainty. As unique as those moments were, they blend with many dramatic moments in a country that has existed cohesively since the 10th Century and before that in less unified forms. Settled ways? Only for a minute.

Tomorrow begins a new adventure. Wherever you are and whatever you are doing, the day presents new possibilities. Your steady orbit will be shaken. Unknown forces will push and pull upon you. Balance will return for a moment and then unsteadiness will return. That is how you progress. That is how you grow. Steel sharpens steel. Resistance builds muscle and strengthens bones. Challenges make you better, stronger. Adventures help you grow and make life interesting.

Tolkien had a sense for the grand adventures of our lives and saw magic in the world around us.

Still ’round the corner there may wait
A new road or secret gate;
And though I oft have passed them by,
A day will come at last when I
Shall take the hidden paths that run
West of the Moon, East of the Sun.

J.R.R. Tolkien, from Roads Go Ever On

My prayer for you this week is that you boldly leave your settled ways and, in that process, live the full and abundant life for which you were meant. 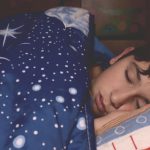 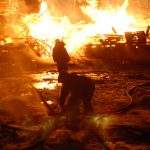