We shall not cease from exploration, and the end of all our exploring will be to arrive where we started and know the place for the first time.

Our life is full of arrivals. Consider for a moment the completion of your last trip. Was it to visit family? Was it for business? Was it a vacation? Leaving on that trip, you most certainly had some expectations. What did you hope would be the result of your trip? Departures hold our hopes and dreams in a suspended tension – the edge between now and what might be. Anticipation can be such an apprehensively sweet edge.

As we near Christmas Eve, I’m reminded of those sleepless nights as a child, too wired with anticipation to even think about drifting off. What will be waiting under the tree in the morning? The long, cold night held the magic of hope and the promise of new possibilities wrapped in colorful paper reflecting twinkling lights in the dark morning. The morning’s arrival brought me squarely into the magic that I could only understand at its most elemental level. The thrill of anticipation brought to joyful culmination in a frenzy of presents and laughter.

Then it’s over. All of the expectancy of anticipation is unleashed in a few moments. For a while, the stuff is entertaining. But any thing I ever received was only a dull reflection of the bright thrill of expectation. After the arrival, normalcy returned and with it, the big hole left by glorious anticipation.

Six weeks ago, we walked into Santiago de Compostela, Spain after 36 days and 500 miles of anticipation. Actually, that arrival was the culmination of eight years of wondering: what would it feel like to complete such a journey? The thrill of expectation was replaced by joyful arrival and then another question: what next? Returning to our normal lives, I began to wonder, what does my life look like with the Camino behind me. More importantly, what do I do now that the Camino is no longer before me?

Such is the way of arrivals. When we have the opportunity to muster a dream, move toward it, and fulfill it, we are simultaneously gifted and cursed. Gifted with the hope that comes from aiming for something and the experience of fulfilling that hope; then cursed with what we lose when that dream becomes ours. Returning from Santiago, I realized that I always knew what to do with the departures but was always a bit lost with the arrivals.

After arrival, we are left with “what’s next?” The wide open possibility of departure is gone and in its place is a jarringly narrow path. After completion, the capacious world that once held such a big dream suddenly becomes small and cramped.

We are not made for the small and cramped. We are made for possibility. We are built for anticipation. Our lives are marked by the finiteness of time and always moving toward arrival. Expectation is a necessary part of that cycle. With it, comes hope. Always hope. Hope in more. Hope in what might be. Hope that the mistakes of today might be made right. Hope that we will do better next time. Hope.

The Dream of Anticipation

A recent conversation with the director of a children’s charity reminded me of the magic of anticipation. She told me of an eleven-year old boy who was staying at the shelter she runs and would be experiencing his first Christmas this year. Next week, he will open his first presents in front of a tree on Christmas morning. She described his excitement with writing his wish list. Looking toward that morning, he is floating through his days in joyful exuberance. All of his troubling realities obscured in a radically refreshing hope. Yes, his problems will be waiting for him after he arrives, but right now, he is lost in the dream of anticipation.

And therein lies the secret. We must always be aiming for a new departure. We are made to chase the horizon; that place where hope and possibility lie just out of sight. We are also made to arrive. We are built to walk that road toward our dreams and, sometimes, reach them. And if that arrival doesn’t happen, we are made to move toward the next. What lives between departure and arrival? We do.

What We Choose to Seek

A man told me this week that he doesn’t like Christmas. Why? It holds nothing but disappointing memories for him. Whatever his arrivals, they left him feeling empty. What he hasn’t learned is that there is still magic and possibility ahead. The challenge lies in what we choose to seek after we arrive.

This week, choose hope. After your arrival, look ahead toward what might be, for you and for those you love. Allow yourself to feel the nervous excitement of anticipation as you approach whatever departure is before you. Then, live through and beyond your arrival. You are made for it. 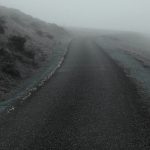 The Path We All Must WalkInspire 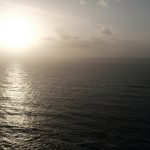