Been There, Done That

Almost ten years ago, my wife’s father died in a tragic accident. A month or two after it happened, she ran into an acquaintance from our church and school. As they were catching up on things, my wife mentioned the death of her father and the response from our “friend” was: “Been there, done that!”

Was it the awkwardness of responding to someone still grieving? Was it an attempt to lighten the moment? Maybe it was simply the raw reality of coping with the inevitable. Whatever the intent, the result was a feeling of hurt at what felt like callous indifference.

I recently came across a term that has stuck in my mind: conversational narcissism. It describes the tendency many of us have to take over a conversation and make it about ourselves. The story above is a form of conversational narcissism as it describes someone who didn’t want to deal with the touchy-feely issue of another person coping with death and instead wanted to redirect toward her own experience with it and thereby dismiss the topic entirely.

We are all guilty of conversational narcissism. Often, it happens because we’re trying to make relevant connections within the conversation. For example, if I mention that I am going to Denver for a meeting and the other person responds by saying: oh yeah, my brother just go back from Denver and he said…. The word Denver triggers a connective response so the conversation is shifted in one deft sentence. In this case, I may choose to push forward with the line of thought about my trip or I may follow the shift by courteously asking about the brother’s trip. Either way, we are likely headed away from my trip to Denver.

The tendency to highjack a conversation is generally not intentional nor mean-spirited. It goes hand-in-hand with our difficulty in listening to others. We are often so busy trying to think of what we will say next that it becomes difficult to follow anything another person is saying. If they are giving us such wonderfully connective cues, how can we resist? Here are some other examples:

In each case above, the opportunity to learn more about the speaker’s statement is lost in a shift toward the listener’s response. The examples above are small talk examples. Is it more acceptable to highjack a conversation when it is just small talk? Perhaps. After all it doesn’t really matter, right? The problem is, rarely does it stop with the small things. The tendency is habitual and we often find serial highjackings in the same conversation. The conversational narcissist tends to shift everything about the conversation toward themselves or their experience.

What about more intimate conversations? Surely we do better there, right? We have become quite used to selecting only the content we want to hear or see. Often, this manifests itself in even our most important relationships and in conversations that really matter. Why is it so difficult for us to listen? Because we don’t want to. Why is cable television taking a beating right now? Because it makes us pay for a bunch of content in which we are not interested.

You might ask, what does cable tv have to do with conversational narcissism? Simply put, we want to see or hear the content we like when we want it. Everything is on demand. Conversations become a macro version of our rejection of cable tv – we don’t want to be forced to watch or listen to something someone else chooses.

Perhaps I’m wandering too broadly here. Considering the example at the beginning of the post; maybe the acquaintance just didn’t care that my wife’s father passed away. Perhaps her comment: “been there, done that” was simply a way to shut the conversation down and avoid the unpleasantness of talking about death. Maybe she wasn’t highjacking the conversation but avoiding something that was painful for her.

And therein lies the answer because ultimately, it was about her. She wanted different content, to change the channel, to see or hear what she preferred, or to avoid what she didn’t want to hear. The acquaintance was unable to give the generous gifts of listening, empathy, or understanding for even a moment.

Considering this, it becomes clear why we all have therapists, counselors, coaches, and consultants. Maybe we don’t need the answers but just need someone to listen to us. No one has time to deal with our messiness, our brokenness, or our loneliness. Heck, most people don’t even want to put up with 30 seconds of conversation not focused on themselves – why in the world would they want to dig-in on anything meaningful or important?

There is hope and my objective is not to make us overly sensitive to every word in every conversation. It is natural to focus on ourselves, our interests, and our priorities. Improving as listeners, friends, co-workers, and loved ones requires us to be intentional. All of us need to improve and awareness is simply the first step.

This week, focus on your conversations. One way to deliberately improve might be to commit to asking at least two questions about someone else’s statement or story before saying anything about your own experience. As you inquire more, you trigger your natural curiosity. Rather than being concerned that you won’t get your comment into the conversation, focus on gathering information, As Stephen Covey said, “seek first to understand, then to be understood.”

Oh, and try to avoid saying “been there, done that.” 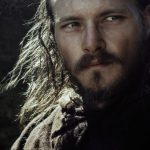