Here’s to the crazy ones. The misfits. The rebels. The troublemakers. The round pegs in the square holes. The ones who see things differently. They’re not fond of rules. And they have no respect for the status quo. You can quote them, disagree with them, glorify or vilify them. About the only thing you can’t do is ignore them. Because they change things. They push the human race forward. And while some may see them as the crazy ones, we see genius. Because the people who are crazy enough to think they can change the world, are the ones who do.

Apple launched the ad above in 1997 after the return of Steve Jobs and as part of its “Think Different” campaign. The ad was massively successful and is considered iconic. A Steve Jobs narrated version was even played at Apple’s internal memorial to Jobs in 2011.

Jobs used to talk about “making a dent in the universe” – a notion he embodied in his bold and brash manner. A notion that drove Apple to new heights. A success story that earned him a place in history. A notion that made Steve Jobs dangerous.

The opening words of the ad came to my mind this week as I considered opportunities in my companies and in my own life. Few of us walk into our days holding even a sliver of the audacity that seemed to emanate from Jobs very being. Yet, we all walk out the door with our own possibilities and a set of choices that are ours alone.

The word “dangerous” has been bouncing around my head all week. What does it mean to be “dangerous?” Not in a physically violent way, but in a disrupt-the-status-quo way. As innovator and disruptor, Jobs’ Apple was dangerous as an organization. Darker personality traits aside, Jobs was dangerous in his audacity; he fearlessly, and relentlessly pushed toward the unlikely, improbable, and impossible. In doing so, he frequently achieved it.

Yesterday, we celebrated the 50th anniversary of the Apollo 11 moonwalk. An impossible achievement that made the United States more dangerous than ever. Not because of our military might or technological edge, but because we dared to even try. Simply believing that we could actually put a human being on an object one third the size of the earth and nearly 240,000 miles away was dangerous. Sheer audacity.

Being dangerous is about change. It’s about disrupting the status quo. It’s about daring to think you can make things better. But for who? Disruption for the sake of one person is likely to cause discomfort for another. That’s what makes it dangerous. Apple’s ad highlighted social change agents. They were dangerous. They were disruptors.

Are you dangerous? What disruption do you bring? We can’t all be dangerous all the time. Often, we press on in spurts of disruption. Bursts of energy to move things forward in windows of opportunity. However, big moves are made in those moments. Major change brings new opportunities…and new challenges.

It is likely that Steve Jobs would agree with Peter Thiel when he said that we are all living under a “power law.” A small set of people, things, and moments will create outsized results. A few choices you make will produce the majority of the progress or the challenges you face in your life. Some moments matter more. Some technologies and movements will create major change. Those are the dangerous ones.

For most of us, being dangerous is about smaller disruption. Small breaks in the patterns governing our days. Timely shifts that create bigger movement in our own orbits. We bring danger to the status quo when we reject it as our de-facto reality and chose a different path. We are dangerous when we do the unexpected; when we dare to chase something bigger today than yesterday.

Therein lies the power in the notion of being dangerous. It takes us to the edge of discomfort. Ultimately, the crazy ones are dangerous because they see something different and go for it. They push past an edge in pursuit of something better. They face the fear, the resistance, and the impossibility of the status quo with courage and persistence. They are dangerous because they are audacious enough to see a different future and press forward to make it a reality.

Think about where you might be dangerous in the very best of ways. What status quo in your own life might deserve disruption? With a bit of moxie, what positive change might you effect? This week, surprise us. Be a little dangerous. Press yourself up against an edge and push past toward something more. You might find that you like it. 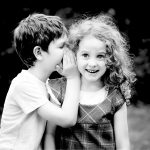 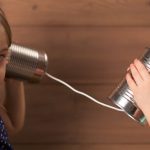