A Radical Path to Joy

I have found that if you love life, life will love you back.

May I be so bold as to share some good news? I realize that the very notion of “good news” might be somewhat radical in our world of hyper-negative, the-sky-is-falling soundbites. I guess I’m a bit old fashioned this way but I actually find joy in seeing good things happen to others. More specifically, I really enjoy seeing good things happen due to the efforts of others.

This morning, I realized that there are many, many good things happening around me. Yesterday, one of my scholars in the Goldman Sachs 10,000 Small Businesses Program through Babson College sent me a highly energetic text saying that his was selected as the number one “rocket pitch” out of over 40 in the culminating sessions of the program. His victory is a true honor; his excitement well-earned. My reaction: joy.

Joy? His victory was not mine. His win in no way reflected on me. I just felt happy for him. What a gift.

A couple of days ago, I received an email from a friend in Florida wanting to share her excitement for earning a dream position with a tech company. She described the challenging road to her victory. Her path had been full of doubt, struggle, and disappointment. Her energy electrified her email and I found myself smiling broadly. I had nothing to do with her victory. It was hers alone. Yet once again, a feeling of joy fell upon me.

A few days earlier, another friend also let me know she had been offered a position and excitedly described her hope and optimism at her new opportunity. There it was again: joy.

As I considered these moments, I began to trace a pattern back through my memory. Going back a bit further, another victory came to me. I remember reading the announcement as a friend’s company received millions of dollars in funding. Many times, we had discussed the prospects and challenges of building a high-growth company. When I read the announcement, I felt so very happy for him and his team. The follow on conversation was delightful. Joy.

Before that, another friend secured funding for his own venture. Months and months of uncertainty, struggle, hope, fatigue, and slow progress culminated in a series of wins and new momentum for the future. His victory was not mine, yet in some way it was. I had nothing to do with it but seeing him win was a win for all entrepreneurs. It was a win against the odds. It was a validation of possibility. It was earned and it affirmed that good things happen to those who persist.

Many in our world would like to convince us that success is a zero sum game. That someone else has to lose for another to win. I was reminded of this as I read responses to pledges to rebuild the Cathedral of Notre Dame de Paris. The criticisms? That it is a shame to see all of that money go toward a building and not to all of the people suffering in the world. Or, why aren’t people lining up to rebuild this or that church lost in fire or to terrorism? These are zero sum statements; small thinking that reflects a scarcity mentality. Translated: if someone wins, someone else must lose.

Why is it so natural to tear at someone else’s good news? Why do we feel that one person’s win is another’s loss? I suppose it is the reverse side of schadenfreude, the smug satisfaction that comes from someone else’s loss. We all do it and it is a zero. sum. game.

Personal victories are a win for us all. They reflect a person prevailing against all that acts against us. They show possibility in the face of struggle. Another friend’s daughter recently discovered that the brutal chemo treatments she has been enduring are shrinking her tumor. That is a victory for her and her family. It is also a win for the human race; something worth shared joy.

The gravity of negativity pulls on us all. The darkness of struggle drags us to the ground and with it comes the habit of seeing all in that shadowy light – the negative, the critical, and the resentful. The reality is that success is thriving all around us…and the success of others does not diminish us in any way. When we allow it to happen, we too can find joy when good things happen to, or because of, someone else.

This week, tally up the good things happening to those around you. Take a moment and revel in it. Smile for them. Give them a literal or virtual pat-on-the-back. See it as a victory for the team…the human team. Loudly or quietly, share their joy. Let it rest upon you for a moment or two. You might find a new kind of gravity forming within you, one that draws success into your orbit. You might find that joy itself is contagious and magnetic. 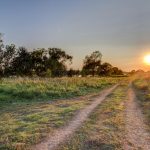 My Road to EmmausInspire, Uncategorized 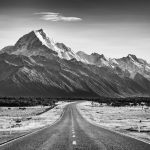 Time for a Goal Renaissance?Evolve