Time for a Goal Renaissance?

The thing about goals is that living without them is a lot more fun, in the short run. It seems to me, though, that the people who get things done, who lead, who grow and who make an impact…those people have goals.

I remember the beginning distinctly. At 16, I was obsessed with goal setting, positive thinking, visualization, and the belief that anything I could “conceive and believe, I could achieve.” So began my love affair with the “magic of thinking big,” learning “how to win friends and influence people,” and imitating the habits of successful people.

At 20, I created a list of things I would do or have during the course of my life. I keyed the list into WordPerfect, managed to tweak it into a micro-font of about 1.5, printed it, laminated it with Scotch tape, and carried it in my billfold for about 20 years. Today, it sits, with its worn edges and impossibly small font, on a shelf above my desk at home.

Over the years, my infatuation with goal-setting, positive thinking, and motivational authors has ebbed and flowed. My inclination toward goal-setting has taken on different forms and evolved into a habit that guides general movements in my life rather than my day-to-day living. I’ve always pointed myself toward mountains in the distance but rarely spent too much time worrying about the details.

We all understand the importance of goals in our lives, right? After all, if you don’t know where you are going, any road will get you there. Consider some of the great motivators who have given us their pearls of wisdom over the years:

The importance of goal setting has been hammered into our collective psyche. We know it intuitively. No great things happen without goals, right? And yet, few us live our goals. That’s right, most of us have a sense for what we want to do or where we want to go, but few of us really actualize it in a daily way. Fewer still aim toward something really big or bold and step toward it with daily intention.

I discovered this recently as I became reacquainted with goal-setting in a very fundamental way. Working with some peers, I went through a visioning and goal-setting process and realized how jaded I had become to goal-setting. Not jaded in a non-believing sense – I have always remained a big believer in goal-setting. However, I realized that my approach was broad, casual, and habitual. Think of driving in a general direction and being ok with arriving somewhere further along in that direction. Close is good enough, right?

Looking back, I realized that this approach has worked for me – to a point. My life has mostly followed the trajectory of my broad-sweep goals. One could argue that I’ve been successful in reaching most of what I’ve put out there. Not being too hung up on the details has afforded me a lot of latitude in my personal and professional accomplishments. Good for me, right?

My recent goal-setting exercises and discussions led me to pick up some more contemporary writing on goals, motivation, and success. It has been fun to dive back into some of the old familiarity of this genre of books and be challenged by some new voices. In the process, I’ve recognized three things:

Over time, setting and moving toward your goals can be a lot like driving to a familiar place: we stop noticing the details against the backdrop of the familiar. We get lost in the blur along the way. The habit of the drive dulls our senses to the possibilities (and perhaps the dangers) appearing along the way to our destination. Looking back, we realize that we were on auto-pilot on that drive. Then, one day we discover that we’ve developed a habit of setting goals to destinations to which we already know the way.

That list of goals sitting on the shelf above my desk? I hit most of them long ago. The ones still incomplete are interests or priorities that no longer capture my imagination. The bigger question is: what will replace that list for my next 30 years? I’ve got a few ideas…

What’s on your list? How often are you looking at it? What are you doing every day to achieve each one? Perhaps it’s time for some goal renaissance in your own life. Pick up a new or old book on success and goal-setting; then immerse yourself in the “basics” and get back to a place where it all was new. Re-energize yourself with discovery and revisit those dreams you thought impossible.

Next, rewrite your current goals with an eye toward the road less traveled. Through this process, you may begin to see the road ahead, and your life, with fresh eyes. 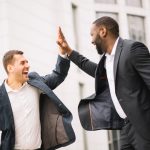 A Radical Path to JoyInspire 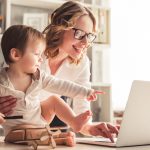