Preparing for Your Moment

D id you ever see the movie, Rudy, starring Sean Astin as the unlikely hero of a University of Notre Dame football game in 1975? A few weeks ago I had the opportunity to hear the real Daniel “Rudy” Ruettiger speak at an event. Ruettiger’s story is entertaining, inspiring, and instructive.

Ruettiger was a walk-on to the Notre Dame team; a practice squad player who never saw any game time until he sacked the quarterback in the final play of a game against Georgia Tech. The 5’6″, 165 pound senior was carried off the field as the stadium cheered. Ruettiger built a life and career around that moment.

The pugnacious player was the 3rd of 14 children from a working class family in Joliet, Illinois. After serving in the Navy, he was denied admission as a student to Notre Dame four times before finally being admitted. His effort and work ethic earned him a place on the “scout team” and his persistence positioned him for his moment with destiny in 1975. The theme of his speech was about being prepared for your moment.

As I listened to Ruettiger’s speech, I experienced a mixed bag of inspiration and repulsion as I imagined his dogged pursuit of his goals and then his lifelong career of telling his story. His preparation for his moment came from a challenging childhood, a stern father, and a relentlessly flowing well of determination. His is a true “if I can do it, you can too” kind of story and he drives his message home with a lot of personality.

We love the underdog story – it resonates hopefully with our sense of self and possibility. The problem with Rudy’s story is not its reflection of his spirit or determination, it is the lottery-ticket-message centered on something singular. A single big break that made everything else happen. The vast majority of us will never experience a dramatic big break moment in which everything changes.

Most of us build our lives on small breaks. Little moments that appear silently and slip away unnoticed. We act on some of them, we miss many more. Rudy parlayed a moment but he wasn’t done. For him to be standing in front of a room of business leaders in Indianapolis, Indiana 43 years after earning one stat in a totally forgettable football game suggests that he found and converted on many, many more moments.

Ultimately, Ruettiger’s story really isn’t about one big break, it’s about a thousand smaller moments in which he showed up, made his choice, and moved on to the next. Preparing for his moment has been an ongoing process for his entire life and his real message of success affirms the preparation and persistence required to achieve anything that means something.

Our challenge is generally not one of poor preparation. Many of us spend our lives preparing; often, for a moment that never comes. Or, we chase moments we perceive as grand or gateways to something more. As dreamers, we always want to “swing for the fence,” “hit the grand slam,” or “score a touchdown,” in a dramatic moment of fortune.

No, preparation and the chase are normally not problems for us. Our biggest limiter is typically our inability to recognize or act upon the smaller moments that build a life of dreams. The day-to-day acts of moderation that move us closer to what we want. Momentum is built on moments…normally small. Tiny decisions to save money rather than spend it. Tiny decisions to eat a little less or walk a little further. Minute investments in self-improvement rather than entertainment. Small efforts to engage with another human being rather than watch a few more minutes of television. Little denials of self that lead to big possibilities beyond. 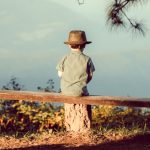 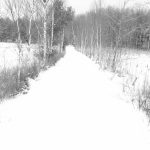