They Still Need Us

The first step to be a good man is this: You must deeply feel the burden of the stones someone else is carrying.

L ast week, as the polar vortex moved its icy fingers into our neighborhood, we found ourselves fighting with several maintenance issues in our home. Amid the cold and the snow, I found myself at home one morning dealing with the technicians sent to troubleshoot plumbing, a garage door, and even our cable connection. There is nothing quite like external stress upon a system to test its mettle.

All of the technicians were young, attired in Carhartt overalls, friendly, male, and bearded. I can’t really speak to these common elements other than to say that the overalls and beards were quite practical given the state of the weather outside. The cable technician spent the most time in the house as he worked room-to-room to find some errant connections that were creating “feedback” into the network and impacting the quality of our signal.

The young man was expressive; he took the time to explain what he was looking for, how he would fix it, and why it was important for us. He was not hurried and returned to my perch in the kitchen frequently to check-in and share his findings.

During his visit, I escorted him to almost every corner of our home: bedrooms, basement, family room, and attic. Noticing an open box in our basement storage area, he commented on the old Sega Saturn gaming system – it appears that he was a collector of old gaming consoles and fond of the Saturn.

As we moved into the attic, he noticed a box of Warhammer (a role playing game) figurines on a shelf, asking: “Did your son play Warhammer?” I smiled and nodded as I shared a few stories of our two boys and their gaming interests growing up. He said that he loved the Warhammer universe.

Later, the young man appeared in the kitchen to tell me he had found and fixed all of our problems. We talked a bit longer about his job, his gaming consoles, and the associated adventures he grew up with; he was enthusiastic about his interests and anxious to share his enthusiasm while hearing about the gaming adventures in our own household.

As he was packing up to leave, the young man looked at me and said “I’m glad to see that you were such a good dad.” His eyes twinkled and I saw the little boy within, hungry for the interaction and the shared place of common ground. But mostly, I saw a young man grateful for the moment to share his story, his passions, and the moment; and in turn receive the acknowledgment, and approval, of an older male.

As we said our goodbyes, I was struck by the realization that it is not easy to move into manhood. Once the little boys in our lives begin to look like men, we expect them to be men. It is easy to forget that the move from boy to man is huge and the physical journey is only a small portion of the larger emotional and spiritual journey. Yes, our little girls have to walk a similar path but, in general, we are less patient with our boys, and their often longer path to productive adult.

Why did that young man call me a “good father?” In his eyes, my interest and awareness in the games and adventures of my boys equated to someone who “got it,” who understood the magic of those youthful days and the escapes they provided. He saw in me a model for how an older male might engage with a young boy and the fantastic worlds in which that boy might wander.

The truth of the matter is that we all walk a long path to maturity – never completely arriving. Our lives encompass the long growth into ourselves and all that we might be. As we move into middle age and beyond, it is easy to forget the details of our own long path and the difficult transitions into our own adulthood. It’s easy to forget what we needed as we were traversing the bumpy terrain of our own maturing.

Life is a long apprenticeship. A persistent forming of the future you and all he or she might be. Remember the young(er) people looking to you in their long apprenticeship and the role you might play in their formation. As we age, it’s normal to feel needed less but that is simply not true. Your wisdom is needed. Your example is sought. Even when it feels unwanted. Your model does not go unnoticed. Live today as if someone else depended on it. 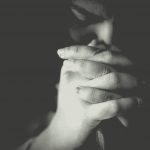 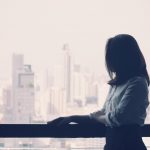