I will fill the measure of duty.

As I write this, I sit in the silent darkness of a lake cottage, my family still asleep. Through my AirPods, the soundtrack to Dances With Wolves transports me to another time and place: panoramic views of an American West post Civil War fill my mind. I see John Dunbar becoming “Dances with Wolves” and the full tragedy and triumph of his story unfolding. The time, the place, and the story are epic.

A friend of mine, Dr. Dan Miller, uses historical figures and situations to take leaders through a “river of time” in which he draws comparisons from history to the leader’s own experience and challenges. He recently introduced me to Joshua Lawrence Chamberlain, a Maine Professor turned Civil War hero as he survived bloody battles, multiple wounds, command chain ineptitude, and massive change over the years of his service in that conflict.

Chamberlain was a creature from another world. Upright. Principled. Faithful. Honest. He believed unwaveringly that he had God-given purpose and approached the Civil War, and his life, with a sense of duty. The quotation above comes from a moment when he is addressing a new set of officers recently placed under his command and setting the tone for his leadership and expectations in the battles to come. Lest there be any doubts, he is telling them that he is “all in.”

Joshua Lawrence Chamberlain’s life was epic. Great deeds. Great challenges, Great victories. Great failures. The great backdrop of an epic war that saw bloodshed on a scale that today we cannot possibly conceive. All of which he survived to calmer days and old age. His is an American story that is larger-than-life and inspiring in the way of some impossible fictional character. With time and distance it is possible to gain the broader perspective on such a life.

We see such stories as abstract. They are nearly unbelievable. How could anyone live through such times? Then we rationalize such a life, “It was a different time.” “Epic times call for epic people.” In Chamberlain’s case, it is likely that we would not know as much about him had there been no Civil War. However, his life would have still had epic potential.

All of our lives have epic potential. More than a few of us live lives worthy of a novel, though we would hardly classify it as epic. Look at the broad sweep of your existence. It is likely that you already have the makings of an epic story. Loss. Love. Betrayal. Setbacks. Small wins. Big wins. Disappointments. Delights. Personal. Professional. Devil. Angel.

Your life is a collection of moments. In those moments you make choices. In those choices, you write the story. Your story. Of course, many of us feel that someone else is writing our story. It is easy to get lost in the sensation of being moved along on our own river by unseen forces. This too is a choice. The reality is that your life is epic, whether you choose to believe it or not. Whether you choose to live it that way or not.

Our tendency is to look at a man like Joshua Lawrence Chamberlain and conclude that he was picked to serve a purpose and that his purpose was grand, epic. We look at the times and it is clear that they were epic and called for epic people to deal with them. In some way, we convince ourselves that those times made it easier for him to be more because they were epic.

Today, many move about without purpose. The more self aware search for purpose in this life. We often fail to see the epic possibilities for our own story. We wait for someone or something to show us our purpose. I think Chamberlain’s quotation gives us some insight into how he viewed his purpose. Chamberlain began with a sense of duty. He approached life with a sense of responsibility and walked that path with tremendous integrity and discipline.

Duty is an interesting word. It is defined as “a moral or legal obligation” and also as “a task that someone is required to perform.” In the military, we have a “tour of duty.” Some of us have “fiduciary duties.” A soldier might be accused of “dereliction of duty” if he/she fails to live up to expectations. A police officer may be injured “in the line of duty.”

In our normal day-to-day, we don’t think much about duty. What is your duty as a citizen of the United States? Or your duty to your family? When we stop for a moment and think about it, every one of us has significant responsibilities to which we have a duty to live up to. Others are counting on us. Chamberlain saw his God-given purpose as residing in his sense of duty to his family, the soldiers under his command, and to his country. Is ours so different?

You are living in an amazing story. It is an epic tale. Heroes and villains abound. Storms will come and you will have a chance to set off toward a few sunsets. In this story, you have a duty to those around you to be the best protagonist you can possibly be. You are responsible for your story. It is an epic purpose and belongs to you alone.

How can you “fill the measure of duty” for your life? What kind of hero will you choose to be? When you fail (as we all do), will you own your duty to pick yourself up again and keep pushing forward? Will you pull others along on your adventure? How might you help them see their life as epic?

Perhaps a place to begin is to stop looking for your purpose and start owning your duty. In duty lies epic opportunity. A sense of duty shifts perspective. When we embrace duty, we place ourselves within the context of something bigger. Owning our duty brings the discipline of accountability to something more than our own desires. It takes us from the center to part of a larger whole.

There, we may find the epic in our own life. There, we may see that it is not all about us but about what we give to that greater whole. You’ve got one life to live. Make it epic. 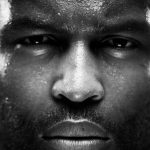