By Phillip Berry
December 16, 2018
LISTEN to this essay instead

Give me something to pursue, a dream to chase. Open me to the possibility of hope in the impossible. There, I might live fiercely, beyond the shadow of all that has been and amid the light of all that might be.

H ave you ever noticed how certain words seem to resonate with you differently at different times in your life? Like a melody, a smell, or a place, words attach themselves to memories and often come to symbolize not just that moment, but reflect a deeper sense of self attached to it. I’ve long held a strong fascination with the word “fierce” – an attraction I believe stems from its self-contained dualism encompassing ferocious aggressiveness as well as heartfelt intensity.

My interest in the word “fierce” emerged early in my oldest daughter’s basketball career when I noticed that her preferred Powerade flavor was called “Fierce Berry.” I remember smiling broadly as I considered how deliciously those words captured her play and personality on the court. Further attaching that word to her, I recall a specific conversation we had while she was in high school when dealing with the normal challenges of teenage life and relationships as I encouraged her by calling her a “fierce friend.” At the time, it seemed to make sense to her.

With the framing of the word and a bit more experience, I recognized similar traits in my other children and among others. What, on the surface, appeared to be a description of behavior considered aggressive and perhaps mean, could also capture an intense and heartfelt passion for anything in life. The dichotomy of the two meanings resonated with my own contrarian tendencies while also giving form to the reality of our existence in this world. Our complexity as human beings is seldom captured in the absolute – in many ways, we are built on contradictions.

From this dichotomy, a model for living emerges that reflects our calling to pursue the best version of ourself. A version that wrestles with the frequently negative energies of self-absorption and pride while also recognizing the passionately sincere focus that flows from the same reservoir. A focus that possesses a massive capacity for good works, self-development, and broad impact on the world around us.

In this context, to live fiercely is to apply that intense focus on yourself and those around you in positive, world-changing ways. Consider it in a few categories:

When you wake up feeling that the days have left you wanting, emptied of something that once held you together, or mourning the loss of a time when everything was still before you, shake yourself from the fog and think fiercely. Double-down on yourself and focus in the direction of meaning – embrace the purpose of self-improvement and live it fiercely. There can be no compromise in a world that is throwing its full weight against you. Live fiercely, taking no prisoners as you embrace the responsibility of leaving this world better than you found it. 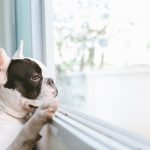 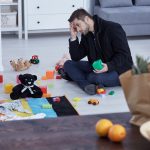