Stop Picking at It

Pride is a wound and vanity is the scab on it. One’s life picks at the scab to open that wound again and again. Among men it seldom heals and often grows septic.  —Michael Ayrton

R emember when you were young and you fell and cut your knee? As the cut healed, a scab formed and your immediate instinct was to begin to pick the scab off. Your mom would notice you compulsively messing with the scab and tell you to “stop picking at it or it won’t heal.” Still, that scab was irresistible.

Headlines, posts, and soundbites in recent weeks have brought to mind my own youthful scab picking. We have a collection of individuals in our country whose livelihood is built upon picking at scabs – keeping wounds as raw and sensitive as possible. In our 24 hour a day news cycle, this group grabs any headline and packages it as explosively as possible and runs with it in a series of advertisements designed to do two things: incite and attract. In a persistent “picking” action, we follow along, lapping up the vitriolic soundbites as the machine profits from our fears, frustrations, and failings. All the while, we are left with an increasing sense of doom as the scabs of our nation are picked and re-picked…leaving only open wounds.

The process is incessant; hour by hour we watch the wheel turn on the same arguments and the same people arguing, each fighting for some edge in a never-ending debate. Dutifully, we pick at the scabs right along with those shepherding us toward the next drama in an ever-escalating road toward the implied conclusion: we are a divided nation and the “American experiment” is failing.

Dutifully, we pick at the scabs right along with those shepherding us toward the next drama in an ever-escalating road toward the implied conclusion: we are a divided nation and the “American experiment” is failing.

A recent blog post entitled “Can we still “stick together” when it counts?” brought this point home for me. In it, the author suggests that there was a time when political differences in the U.S. were tolerated and that people could disagree without denouncing their opponent. When exactly was that? Certainly, new mediums make it extremely easy to broadcast dissent, dissatisfaction, frustration, and hate with increasing volume and velocity but the disagreements really aren’t that different from what the Founders and proceeding generations continually debated. The truth is that our country has been a hotbed of disagreement from day 1 and that our nation was uniquely designed to endure it with brilliantly structured constitutional restraints.

Each day, I read the headlines, see groups protesting in cities across the country, and hear talking heads highlighting the constant stream of negative energy in the hopes of keeping me dialed-in. Then, I walk outside and get busy with my life. Walking down the street, I see people going to stores, having dinner, holding hands, laughing, working, going to school, grabbing a cup of coffee, mowing yards, and a wide variety of other non-dramatic activities. In short, they are living their lives. Sure, there are challenges: illness, job disruptions, kids, bills, taxes, neighbors, other drivers, etc. But they are normal life challenges that we all endure. No headlines or soundbites, just normal living happening moment to moment.

The reality of our country is that most of the nation is not so far apart as the headlines would have you believe. Let’s face it, divisiveness sells. We have a two party political system that survives by driving blocks of people in one direction or the other. It is a blunt instrument that gives blanket representation to individual views so wide-ranging that many of us would recoil from quite a number of the positions taken in each platform or by its leaders. Those in power know that it is the extremes that motivate people to vote. Those reporting know that it is the extremes that drive people to watch, listen, or read. Both have become experts in marketing to their constituents through fear, outrage, and suggestion.

The reality of our country is that most of the nation is not so far apart as the headlines would have you believe.

Growing up, I was told that I should be careful when discussing religion or politics. Why? Because they are incendiary, not everyone agrees, and it is unlikely that you will change another’s beliefs or opinions. This is another reality that has not changed in the 242 years of our Nation’s existence. We all know this yet we persist in continuing to yell at the top of our lungs. We don’t debate, we protest. We don’t seek to understand, we protest. We don’t explain our position, we protest. And those who lead and live off of us know it.

When you net out the noise, we all want the same freedoms that the U.S. has come to represent: freedom to love and protect our families, freedom to pursue opportunities for self-improvement, freedom to express ourselves, freedom to chose our leaders, freedom to move about…American freedom. Do we see different paths toward and ways to express our freedoms? Sure. Are we all just trying to find our way through life? Yes. Maybe the differences aren’t so great as they seem. Maybe that’s enough.

You will continue to read about the “great divide” in our country. You will continue to have people in power try to herd you into some voting block or special interest group. You will continue to see and hear talking heads pick at never-healing scabs. You will be assaulted with “remember when” or “if only” pleas lamenting the loss of some non-existent past or harping for some impossible future. See it for what it is: the same old scab picking that our rough and tumble nation has endured from its beginning. Then, get busy living your life like the rest of we freedom loving Americans who ultimately are not so different. 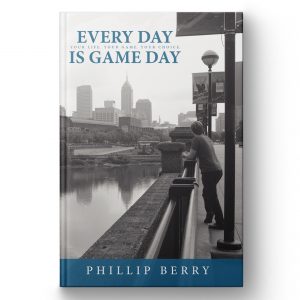 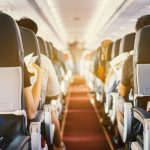 The Things We Don’t SeeEvolve 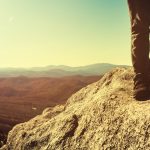 What Would You Tell Yourself?Succeed