So was I once myself a swinger of birches. And so I dream of going back to be.  —Robert Frost

C an you remember that time in your life when it was all in front of you? A point in your journey where your hopes for the future so far exceeded any baggage you had collected along the way that you were filled with an exuberant sense of possibility? This week, our summer interns will complete their time with us. As I’ve watched them along the way, I’ve been repeatedly reminded of that point in the past when the world was wide open in a way that only youthful innocence can experience. A place where all dreams were possible.

Our interns were hired to focus on a research project and develop a proof of concept for some technology that we would like to deploy. During the interview process, one of them asked me: “You are asking for a lot in this project. Why are you hiring interns and not experienced engineers?” I smile as I remember that conversation and the bold directness of the question. My simple answer: “I want a team unencumbered by the knowledge of what is not possible.”

My experience with these young men over the last couple of months has been reflective of that first interaction. Bold. Fearless. Honest. Direct. Sincere. Unencumbered.

As we’ve moved to the end of the project, I’ve thought a lot about what has made it so exceptional and why. It is clear that these young men and who they are has been the key. Their intelligence, ingenuity, and energy have been critical elements of a successful project and a successful internship. However, looking a bit deeper, I see additional factors that serve as powerful reminders to each of us no matter where we are in our journey.

In all honesty, our project for these interns was ideal. We gave them a big challenge and complete ownership of figuring it out. They were (mostly) self-directed and self-managed. They had their own space, tools, and time to get tasks done. The objective was fun, exciting, and challenging. With that said, they still had to choose to engage. They had to choose to commit to making things happen. They had to choose to show up every day and work hard to meet the objectives. They made those choices and it made all the difference.

Our lives have a way of making us forget these basics. Yes, we recognize them intellectually but it is the fundamentals that get lost when things get tough or when we allow the complexities of life to draw us further into their shadowy layers. With a simplicity that was not simpleness, our interns swept-in and reminded us of the importance of these basic principles and their power for fueling a good life. We don’t have to get lost in the difficulties or in the noise between our ears. Much of it is camouflage designed to hide the simple joys from us.

This Friday, our interns will complete their time with us. They have successfully met the objective of their summer internship and developed new technology that has numerous applications in our business. We are excited to take what they’ve developed and refine it and hopefully apply it commercially. As I consider the project, the summer, and these young men, I realize that they gave us far more than the technology they developed. The impact of their example and it’s reminder to reconnect with our youthful innocence, and the joy it engenders, is a most profound deliverable. One which won’t show up in any project charter. 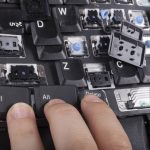 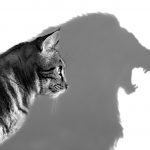