The task of the modern educator is not to cut down jungles but to irrigate deserts. —C.S. Lewis, The Abolition of Man

I n 1943, C.S. Lewis wrote The Abolition of Man, a reactive criticism to a textbook written by two other British educators. In the first chapter, Lewis argues that these writers are focused on eliminating “wrong” thoughts and inclinations in their students rather than facilitating the wide ranging intellectual capacities that are already there in conjunction with “virtue and enterprise.” I was reminded of this last night as I watched Dead Poets Society, a 1989 film starring Robin Williams that highlighted the dangers of rigid thinking in an exclusive boarding school set in the United States in the late 1950’s. Both of these works lament the tendency for those who are more experienced (or more senior) to disregard and often discourage the young student’s nascent interests, idealism and dreams in deference to “right” thinking and “correct” behavior. Lewis says the result is “Men without Chests” – individuals without the heart-mind connection that guides their logic and discernment. In the Dead Poets Society, the result is a young man’s crushed dreams and his suicide in the darkness of a youthful entrapment.

Though both of these works are focused on education, they provide a powerful philosophical message for us as leaders, husbands, wives, sons, daughters, brothers, sisters and friends. Our job is not to remove the “incorrect” thinking of those we lead and love but to foster the best that they have to offer. More specifically as leaders, we are called to enable our teams to be the best that they can be rather than fixing all that is broken – at least in our minds. I’m not talking about correcting a specific task-based behavior that is being executed incorrectly. I’m talking about unleashing the potential of other minds by encouraging them to:

At one point in the Dead Poets Society, Robin Williams’ character, John Keating, has his students stand on his desk while encouraging them to seek new vantage points to gain different perspectives. C.S. Lewis tells us that there are truths in the universe and not every judgment or sentiment is relative – our sentiments underpin our ability to think critically by bridging the intellectual and the animal within us. He criticizes “debunkers” who are bent on discrediting a view simply because there are feelings attached to it. A perspective stemming from feelings can be both emotional and grounded in reason.

How can we put some of this philosophical thinking to work for us in our daily leadership opportunities?

Great leaders build great teams. Great teams are effective problem solvers. You will get tremendous results when the sum of your team is greater than its individual parts. To accomplish this, you will need to be more effective at “irrigating deserts” than “cutting jungles.” 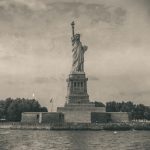 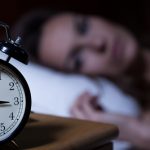 What’s Keeping You Up Tonight?Succeed