Have We Stopped Thinking?

i recently found myself standing in a long line at the airport, waiting to “drop” a checked bag. Frustrations with a completely inane process aside, the time in line gave me the opportunity to observe an even more troubling situation: we’ve stopped thinking.

Fear not, this is not some rant on poor customer service or the banality of humanity. My observation is literal. Simply watching the difficulties brought on by the process of dropping luggage off made it perfectly clear. In spite of sign after sign detailing the process for checking baggage, what one should expect, and the parameters of bags and fees, not to mention roped areas, self-tagging terminals, and hundreds of other travelers, virtually every single person in that line struggled in some way. “Dropping” a bag was apparently not that simple.

In these cases, the more enlightened among us might conclude that people, in general, just aren’t “smart.” Frustration and annoyance could make this conclusion very easy to draw. As I watched, and watched, it became clear to me that intelligence wasn’t the issue. All in the lines had enough capacity to navigate the system: tickets were purchased, arrangements to get to the airport were made, and every single person was able to function at a high enough level to position themselves into the line. Most of them were also (eventually) able to move past the line.

No, capacity was not the issue. Raw intelligence was not holding anyone back. So, why was nearly every person going through some level of extended gyration to simply hand a bag to the airline personnel at the counters? My conclusion was that we’ve stopped thinking. Or, possibly worse, we’ve lost our ability to think.

Bag check lines aren’t the only place we see it. Public discourse, social media exchanges, and conversations from places of work to the kitchen table demonstrate that we are not spending much time thinking.

Right now, you are likely thinking one of two things: 1) “Ouch! That is not very nice!” or 2) “Hell yes people have stopped thinking.” Some of you may be thinking both. Thank you for staying with me thus far.

I see three key elements driving the quality and effectiveness of our thinking: 1) Focus, 2) Effort, and 3) Discipline. One might argue capacity at some point but we are struggling long before we bump up against the outer limits of our capacity for thought. Shortcomings in these three areas are driving our overall struggle with thinking.

The bag line story is an example of our general struggle with focus. Some of us may do better than others in focusing on instructions or following processes but the fundamental problem exists for everyone. In our noisy world, it is often difficult to concentrate on the task at hand or the moment within which we find ourselves. We are scattered. Our intellectual energies are spread across many competing thoughts and the distraction impedes our ability to process.

As I watched my fellow travelers, I was struck by how many simply were not paying attention, at least to the process of getting their bags checked-in. Almost all were glued to their phones at various points in the line. Many were talking with family members standing outside the line. Many were putting things in or taking things out of their bags as they stood in line. Some were watching other travelers. Some were leaving the line. Some were in the wrong line. Many stood as next-in-line, oblivious to the call forward, and required persistent prodding when it was their turn to approach the counter. Distracted. Scattered. Unfocused.

We have incredible powers of concentration and can move mountains with focus. Yet, so many of us are challenged to bring those powers to bear on much of anything. When was the last time you sat in silence for 15 minutes or more? If you haven’t done it before, try it and see what you discover. Most struggle. We don’t know how to be still. Once you can sit still, bring a single thought into the silence and see how long you can concentrate on it.

The first step in improving your thinking is learning how to focus. Bringing your scattered energies to a point and concentrating on the issue, task, moment, or idea at hand is the first step in firing up the thinking engine. By itself, focus is an incredibly powerful skill and can set you apart from the rest of us struggling with our scattered selves. But, it’s not enough by itself.

After we’ve brought our focus to bear, the work can begin. And there, it begins to break down again. Most of us will retreat from the persistent effort it takes to create high quality thinking. It is WORK. Sustaining it through threads of thought can be exhausting. Maintaining focus is an act of will and we frequently fail do the heavy lifting that powerful thought requires.

The bag line example seems to falter here because it is such a simple example. However, if we consider the distractions assaulting us, we realize that the effort needed to stem them and maintain our concentration is no small matter. The notifications emanating from our phone alone can be massively distracting. Maintaining focus can take major effort, but there is more.

The act of thinking is demanding. Moving along lines of reason, tracing the pathways of an idea, navigating the intellectual problems along the way, and drawing meaningful conclusions are challenging. The act of thinking is hard work. Not only do we often stumble along the way of deeper thought, the distractions we’ve held at bay often become louder with fatigue. It is far easier to skim along the surface, dabble, or let someone else draw a conclusion for us than it is to push through. In an age in which we can access information with nearly zero effort, it has become very easy to allow others to draw our conclusions for us. It has become easy to let them think for us.

One of the earliest maxims I can remember was “What you don’t use, you lose.” Growing up, I often thought of the expression in terms of physical functions – we need to work our muscles, our heart, and our bodily systems or they atrophy. As I grow older, the physical aspects of that maxim are more real than ever. However, I’ve grown to appreciate it in the context of numerous elements of my life and particularly as it relates to thinking.

In order to maintain our ability to think, we need to keep thinking. Makes sense, right? With a variety of people and services fully prepared to think for us, the danger becomes that we do less of it and, over time, we become less able to do it. After seven years of writing weekly blog posts, it has become painfully clear that the discipline of thinking and then capturing those thoughts in written form gets no easier and easily slips if I don’t remain vigilant. It takes will and effort sustained consistently to maintain thinking, or anything for that matter, over time. If you don’t use it, you will lose it.

Consider work-out routines or eating habits. The most difficult workout to make happen is the one after the day you didn’t work out. For the chocoholic, the most difficult day of abstinence is the day after the last candy bar. For those of us hoping to sustain deeper, more meaningful thought, the day after we stop working at it becomes the toughest day to turn it back on.

Without the discipline of thinking every day, we run the risk of allowing other things to step-in and supplant it with either the thinking of others or the mindless distractions of an entertainment-driven existence. Before we know it, we’re standing in a bag drop line at the airport gyrating with the official at the counter over all that we didn’t do before we found our way through the line. We find ourselves hopelessly distracted and thinking of nothing in particular. Scattered.

Yes, many of us have stopped thinking, but it’s not too late to begin again. We can restart our mental engine with intention by focusing, working at it, and disciplining ourselves to think consistently. People often tell me that they don’t have time to read books. I just shake my head. To me, that is like saying “I don’t have time to eat.” Books provide food for the mind. We all consume snippets and soundbites but to invest yourself in a book is part of the work of thinking. If you’re not, get started reading again. We can discuss quality of content later.

People also tell me that they don’t have time to write. Too bad. There is nothing like writing to help clarify your thoughts. There is nothing like writing to force you to think and rethink whatever might be rolling through your brain. Writing helps you remember. Writing conveys where you are or where you want to go. Writing touches others, if you allow it to. Writing helps drop baggage of another sort, if we let it. If you’re not writing anything today besides a few dry emails here or there, I encourage you to work at it – even if it is just to yourself in a journal.

We can still think. We have such incredible capacity to be present, focus our energies, and direct our minds with intention. My best ideas come in moments of silence. My biggest problems lessen when I give my brain time to roll them around for a bit. I am my best for others when I invest the time to think and give myself room to process. You won’t find the big thoughts on the surface. You won’t solve big problems with someone else’s voice. You won’t make big moves or dream big dreams when you’re distracted with the entertainment or noise of the world.

Focus on it. Work at it. Discipline yourself to it. We are made to think. Please don’t stop. We need everyone doing more thinking. 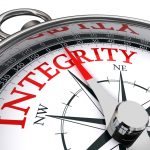 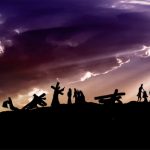