Our Hunger for Meaningful Dialogue

The path of least resistance is rarely the path of wisdom.

Let’s take a few minutes and talk about meaningful dialogue. Our airwaves are full of the massive self-promotion, virtue signaling, and the weasel-speak of individuals and companies peddling their product, goodwill, and opinion. We’ve all got a platform. Alas, most of it turns to meaningless jabber in its attempts to shock, provoke, and criticize at ever-increasing volumes.

Why do I say meaningless? Because we struggle to convey big ideas, engage in debates that bring any clarity to issues, or bring forth compelling arguments to solve challenging problems. In most cases, we’re just pushing our cause or our product in whatever “call to action” we conceive hoping to generate interest or a dollar.

Forgive the harshness, I understand the need to promote our causes and our products and I understand the difficulty in breaking through the noise to convey necessary messages to those who need to be reached. Long live marketing.

However, I also hunger for bigger ideas, longer term thinking, and the constructive interaction that facilitate big movements requiring foresight, planning, and action. The kind of thinking that requires a firm point of view, the conviction to pursue it, and the ability to articulate it.

Two recent headline events in the business world have created some interesting buzz and commentary that bring hope for a future of more meaningful dialogue.

Tim Cook, Apple’s CEO, recently delivered a speech in Brussels talking specifically to privacy issues and technology. Such speeches are typically full of weasel-speak as they attempt to appease regulators, critics, and supporters with equal parts of meaninglessness and obfuscation so as to ameliorate potential risk of fallout or additional regulation.

Cook’s speech was diplomatic but clearly stated Apple’s worldview on the issues as he criticized how user data is managed in this scathing assessment:

“If a business is built on misleading users on data exploitation, on choices that are not choices at all, then it does not deserve our praise. It deserves reform.“

Calling on the need for privacy regulation, Cook and Apple are opposing the massive social media empires now controlling communication across our nation and the world. An Inc. article entitled “Tim Cook May Have Just Ended Facebook” captures it nicely when it sums up Apple’s point of view relative to others:

“Do I want a business that serves my customers? Or one that takes advantage of customers to serve my business?“

The speech is basically a declaration of war on a status quo approach and draws a clear line in the sand. Well, it at least plants a flag saying that this issue is important enough to demand more debate and a deeper consideration of consequences. What will Apple do? I guess we’ll see.

The point is that they took a stand on a sticky issue and walked into the debate with a clear position: we see destructive effects emerging from ongoing violations of individual privacy and we have a responsibility in addressing the issue.

Now, that is meaningful dialogue.

Another example emerged from the recent collapse of the Amazon, Berkshire Hathaway, and JP Morgan healthcare venture called Haven. Haven was launched by three powerful organizations in an attempt to “fix healthcare.” Backed by massive resources and lots of brainpower, the venture’s launch sent shockwaves through the market causing healthcare stocks to drop billions in value when it was announced in 2018.

Haven was disbanded this month amid sighs of relief from healthcare titans, mocking criticism from others saying “not as easy as you thought was it?”, and disappointment from those who hoped it would bring systemic change in the healthcare landscape.

In the post-announcement cacophony of analysis, a piece from John Singer of Blue Spoon Consulting stands out. Essentially, Singer says that the problem is our system’s focus on “value extraction for shareholder benefit, not value creation for stakeholder benefit.” In short, everyone is chasing “cost” as a problem when the real issue is “health production” and our need for “a new conceptual frame to solve for market fragmentation.”

Yes, you’ll need to read his article for the comments above to make complete sense, however, my point is that Singer is engaging in meaningful dialogue on a very difficult, hotly debated world of healthcare dysfunction, and he is doing it in a way that challenges thinking and proposes ideas. He doesn’t jump to quick fix, buy-my-product pitching but argues long term, systemic thinking and planning to move toward something fundamentally different.

In so many ways, we’ve lost the courage to engage in such complex, far-reaching debates. Or, maybe we’ve lost the necessary attention span to sustain the effort of such thinking. Perhaps both. Either way, we need the courage and focus to engage in meaningful debates on our most intractable problems, not all of which are social or justice related.

(For my part, I’ll offer my counter to some of John’s thinking, particularly as it relates to Amazon’s unit-cost-driven, race-to-the-bottom, approach to drugs in a later post).

What does it mean to be “meaningful”? To be meaningful is to have a “serious, important, or useful quality or purpose.” I’m not talking about being “right” or “wrong.” Getting to meaningful means to engage in something that is worth engaging in and to do it usefully – that is, constructively. A few thoughts on moving toward meaningful:

We are all hungry for meaningful dialogue. Whether it is emotionally or intellectually meaningful, we are built to plumb the depths of thought and share ourselves more deeply in the process. However, it takes work. The hard work of thinking, of seeking, of discerning, and eventually, of understanding. Then, comes the harder work of bringing that foundation into a cohesive form and sharing it with the world.

Thank you to all who work to engage in meaningful dialogue. It takes courage. It takes effort. It takes caring; caring enough to bother with all of the challenges in the process. Keep it up. For the rest of us, let’s keep working on our firm point of view. Let’s find ways to meaningfully bring our voice to the conversation and maintain our conviction in the face of dissent. Then, let’s allow the poking, prodding, challenging, and opposition to form us more fully. In this way, we will make headway on those intractable problems we face while we grow along the way. 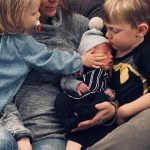 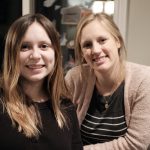 Brought Together In Our StoriesInspire