The Gift of Wonder

A few weeks ago, I showed my three year old grandson, Cooper, the climactic ending scene from the 1933 version of King Kong in which Kong climbs the Empire State Building with the beautiful Ann Darrow (played by Fay Wray). Why? We had given him some play animals, including a gorilla, and I thought King Kong would inspire his imagination. Did it ever!!

Since seeing that scene, Cooper asks about it nearly every time I see him. Whenever it comes up, the first question he asks is “Poppy, why did King Kong climb the building?” I usually start with “He was trying to get away from the people.” From there, the discussion continues: “Why Poppy?” I answer, “because it was like a tall tree from his jungle home.” Why Poppy?” I say, ” Because he was scared.” “Why Pop?” (Even he feels like he needs to shorten things after a bit). To which I say “Why do you think he climbed up there Coop?”

And so it goes. There is no end to the “why’s.” He just loves to talk about it. At a recent dinner, I told him a story about an Amazon princess. I’m not exactly sure what inspired me to go in that direction but we found ourselves in a tale of mighty Amazon warriors and “why?” all over again. As I finished the brief story, trying to get his focus back to eating his dinner, he changed from “why” to “tell me again Poppy.” I told the story again and guess what he said? “Tell me again Pop.”

I finally realized that the “why’s” were not because he didn’t understand, didn’t hear me, or didn’t have his own thoughts about it. He was just fascinated by the stories and wanted to hear them again. With King Kong, he was enthralled with tall buildings, airplanes, and a giant gorilla. The Amazon princess story opened another world within his mind. The wonder of it all captured his imagination. “Tell me again, Poppy,” he said, please take me there again.

When was the last time you were introduced to something so new and amazing that it inspired wonder within you? I can remember when Star Wars was released in 1977. I never saw a commercial for it but I did see the movie posters and was filled with wonder at the very concept of such a story. A universe filled with new and unknown people, places, creatures, and machines. My imagination ran wild and for the next 7 years I collected and enjoyed Star Wars figures, then moved on to happy memories of the series until I was able to share it all once again with my children. Some day, I will return to the wonder again with Cooper.

The purest gift of Hollywood is igniting our imaginations and taking us to a galaxy far, far away, just for a time. The movies can take us there in ways that still enthrall millions. The wonder of it all is a gift and it is powerful.

As we age, we forget about those moments of wonder. The joy of discovery becomes less and less as we know more and more. The world of possibility becomes a world of the known and predictable. Our imagination loses its capacious elasticity and we fall into the habit of the expected and knowable. As necessary as much of this settling-in is for us, I can’t help but think of the loss in it.

For me, experiencing the wonder of a three year old again is enthralling in itself. Every stick is a sword. Every animal a character. Every Hot Wheels car a vehicle for transport of a different sort. Every story the trigger of an imagination that is as lithe and agile as a cat ready to spring in any direction. Can you remember a moment when it was all new?

Our world is full of wonders. To see it thus is an incredible gift. A gift that we lose in the hum drum normalcy of our day-to-day lives. Often lost with it is the gratitude that comes with the joy of wonder.

On the wall in my office are six large photos of cathedrals we saw while walking the Camino de Santiago last year. When I stop for a moment and look at them closely, I am transported to the spires reaching skyward, the unimaginably ornate altars telling story after story about life and death and heaven, the intricate carvings on pillars, benches, and doors, as well as the arching windows with colorful stained glass depicting Jesus, the saints, and the Christian story of salvation. In that moment, the wonder of it all is real and it is an incredible gift. With the wonder comes gratitude; for the moment, for the memory, for the beauty of it all.

Perhaps we should be more intentional in pursuing the “King Kong” stories of our lives. Maybe the joy and wonder of the fantastic might return to us if we sought it out deliberately and surrendered ourselves to it, even if just for a moment.

Thinking of the brightness in the eyes of that three year old boy asking me ceaselessly, “Why Poppy?,” I’m reminded that the opportunity to bask in the wonder and awe of the unknown and impossible is such a gift. No, we can’t live there, but it may be possible to bring it back alongside the “swim lanes,” “paved paths,” and “normalcy” of the familiar and the known. Think of that the next time you tell a story or share a flight of fancy. That “why” is a gateway to something more and you’ve just been invited along. 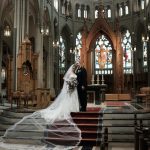 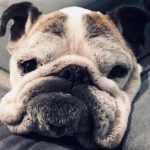