The Burden of Wealth

O n Fridays, the Wall Street Journal prints a special section called “Mansion” that focuses on high-end real estate from around the country. I look forward to it every week because it always has interesting photos and articles on trends, renovations, and a variety of other residential real estate-centric curiosities. An article from this week’s edition was entitled “What Beyonce and These Billionaires Have in Common: Massive Mortgages.” The article goes on to describe a recent trend among the ultra-wealthy to secure large mortgages to fund a portion of the purchase of their estates. Makes sense, right? How else would you get a deal done on your $80 million estate?

Reading more of the article, I found nothing particularly striking: $80 million estate, $40 million down, $40 million mortgage over 30 years. Pretty straightforward, right? It wasn’t until the article got to the mortgage payment that my jaw dropped: $200,000 a month. Until that point, the numbers seemed academic – a math problem solved with a basic loan amortization equation. I didn’t really give the $80 million number a second thought; they are billionaires, of course they’re buying $80 million estates.  However, the $200,000 number stopped me in my tracks. Why?

No Frame of Reference

As I considered it, I realized that the large numbers were basically meaningless to me. I have no frame of reference for $80,000,000.  I know it is a big number but it is also abstract. I suppose it means yachts, jets, mansions, rare works of art, obscenely expensive jewelry…the notion of such extravagances is otherworldly. However, a monthly payment of $200,000 brought the discussion closer to the edge of my reality. Most businesses don’t generate that much in a month. Most people don’t earn that in three years – median annual income in the U.S. is under $60,000. TWO HUNDRED THOUSAND DOLLARS A MONTH!

Then I realized something: it must be a heavy, heavy burden. Feeling that you need, or even want, an $80 million estate is a distracting weight of monumental scale. The $40 million downpayment and the $200k/month mortgage are just the beginning. The dollar costs of maintenance, taxes, furnishings, renovations, entertaining, and staff must be staggering. The perpetual need to justify possessing and sustaining the lifestyle attached to such a place likely comprises a cost far beyond its financial burdens, hiding chains reminiscent of a Dickensian story.

Not long after reading the article above, I passed a horse-drawn buggy carrying an Amish family on a remote road in Michigan. The contrast couldn’t be more striking. Their simple clothes suggested a simpler existence, likely focused on simple joys and simple challenges related to basic survival. That family’s life of modest income, producing much of what they need, hard work, and sacrifice suddenly appeared far less burdensome than I would have previously thought.

Please understand, I am a true believer in the American Dream. Even in the abuses of our age and ongoing efforts to manipulate our freedoms, ours is still the land of opportunity. We all have the freedom to build something from nothing, improve ourselves, chase dreams, worship, express our views, and choose in ways that no other citizenry has seen in the history of our world. That dream, in itself, represents a wealth unimagined by so many. Financial wealth may be part of that dream but, like most things taken to the extreme, it can become something closer to a nightmare.

How many times have we longed for the lottery win that would change our life? How often have we told ourselves that it wouldn’t change us or negatively affect our lives? What about wealth that is “earned?” Surely that is different, right? Does anyone really “earn” billions of dollars? Big dreams. Big risks. Big fortunes. “Self-made” billionaires scoff at the notion that they got lucky; everyone else laments their poor fortune to not get so lucky. Earned or won, great wealth carries great consequences and heavy responsibilities. We all whisper to ourselves, “certainly I wouldn’t change if I earned or won such a windfall.” To which I say: If you are spending $200,000 per month on your mortgage, how can you not be changed by a life which affords you the opportunity to indulge your whims in such fantastic fashion?

Lest you think I am against pursuing success, financial or otherwise, please know that I hold the firmest conviction that we are called to do all we can with what we’ve been given. If you are given the responsibility of great wealth, I hope you are able resist its darker temptations and use it for good. If you feel that your life is lessened in some way because you haven’t achieved the wealth you desire, I encourage you to count your blessings. No amount of money will ever fill the holes we create within ourselves and most of us are poorly equipped to manage the dangers of great wealth.

My counsel: keep dreaming. Keep working, hard. Make definite plans to achieve a definite future. Just remember that in the end, we are on borrowed time and the money we possess is only ours for the briefest of moments. We are built for, and called to, more than what we possess. The value of our life is measured in what we give; money being one small part of it. Ultimately, it is in the giving of ourselves, and all of our gifts, that we fulfill our greatest potential. 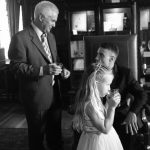 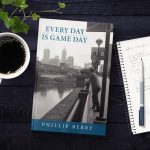