Every child is an artist. The problem is how to remain an artist once we grow up.  —Pablo Picasso

A few months ago, I attended a concert performed by the collegiate choir in which my son participates. The performance was held in beautifully ornate Catholic church and was comprised of several groups singing a wide variety of classical music. The production was a free event and was quite impressive in its scale and quality: a large collection of singers, musicians, and spectators gathered for an evening of music.  Though I have little knowledge of classical music, I was touched by the performance and was struck by the fact that these musicians were not paid for their efforts.

Though some are given the opportunity to be paid for their art, the vast majority of artists give their gifts without compensation. Why? What motivates a group of singers to spend hours preparing for a concert for nothing other than the privilege of doing it? Sure, a few of the choir members may aspire to be a paid performer but most have little potential upside for the effort. Watching the Music Director, it became clear that he had a passion for the music. After about two songs, he was sweating. Sweating! What was happening here?

Then it occurred to me: the music, the performance, the art, was beautiful. The young artists in this choir performed the music because it’s beautiful and that beauty brought joy to them and to their audience.

Like most parents, I’ve sat through countless school performances. Some of them were more impressive than others. It takes a lot of time to get to the level at which the effort converts into something approaching beautiful. What keeps these young artists walking down that path? Most do not aspire to make a living at their art yet they invest themselves, sometimes for years, into their craft. These young artists intuit something about art and life when they are beginning that compels them forward; calls them to pursue it and share it with others through performance or display.

At the level of the novice or the amateur, the art itself is the reward. The joy of producing (or attempting to produce) something beautiful is motivation enough. Most young performers will never have an audience that fully understands the distance traveled, effort expended, or the reasons why a piece or a performance is beautiful. Most of us simply aren’t educated enough in the nuances to completely understand it. But whether or not we, as the audience, fully comprehend a work doesn’t diminish its beauty. The beauty appears in the giving and our receiving is simply icing on the cake.

When was the last time you made or did something simply because it’s beautiful? Our days are typically spent in more utilitarian pursuits but opportunities present themselves. That flower arrangement that will fade in a few days can be a thing of beauty for a time; set on the table for no reason other than to brighten the space. The song in the shower that may be beautiful to no one but you in that moment. The cartoon mindlessly sketched on the napkin. The coloring book calling you to pick up a crayon. The blank page asking for a poem. The tools challenging you to build something. All of us have elements of the creative lying within us that wait for expression. Beauty waiting to emerge.

Something happens when we transition to adulthood that seems to make the art we pursued in our youth less essential. Irrelevant. The time and energy spent working on the purposeless craft that captured our imagination for a time. Perhaps for many of us, beautiful doesn’t pay well enough. Maybe we no longer see the beauty in those youthful interests. Or, it might be that we are out of practice. 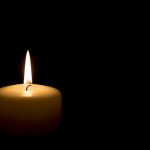 A Good Life. A Good Death.Inspire 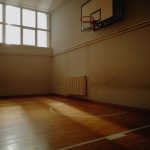