If we mean to support the liberty and independence which has cost us so much blood and treasure to establish, we must drive far away the demon of party spirit and local reproach.  —George Washington

S tationed with his army in New York, General George Washington received a copy of the Declaration of Independence on July 6, 1776. In Philadelphia four days earlier, the Second Continental Congress had voted for independence from Britain and proceeded to approve the Declaration explaining the reasons on July 4, 1776. Though fully convinced that separation from British rule was the only answer, Washington knew that the British fleet was landing 30,000 troops on Staten Island as he had the Declaration of Independence read aloud to his army lined in formation along the streets of New York.

American independence was unlikely from the beginning. Delegates to the Continental Congress argued heatedly over the options of reconciliation with England and full independence. When the Declaration of Independence was signed, no one knew how the Thirteen Colonies would react. Would Continental soldiers abandon the army? Would colonists support the newly formed United States of America? Could the individual states unite effectively against the most powerful nation on Earth?

On that day in July, 1776, Washington felt the queasy thrill of the moment. The odds were not in his favor. The outcome was uncertain. Now, the path was chosen as his army, his decisions, and divine providence would determine the future of these United States.

We celebrate today the resolve of those individuals who set us on a path that has changed the world for over 240 years. Our independence was brutally won. Our freedoms have required many sacrifices to maintain. Our future will undoubtedly continue to require ongoing sacrifices as we seek ways to evolve in a changing world while maintaining our connection to the founding principles of our Nation. Yes, much has changed but maybe not so much as we may feel as we look across the debates of our time.

Our country, our government, our leaders, and our people have never been perfect. We never will be. Our destiny is not perfection but the quest to be better, do better, and make better, ourselves and the world in which we live. Our inalienable rights as human beings have not changed: life, liberty, and the pursuit of happiness. The legacy of our Founders belongs to all Americans. The protection of our Constitution, our Nation, and our People is the responsibility of all Americans. The framework laid for our ongoing freedom remains intact and our current arguments reflect that framework now as they always have.

Today, we celebrate the birth of the United States of America once again. Our United States of America. We will celebrate as a Nation our traditions: fireworks, cookouts, family gatherings, and all other benefits of the freedoms we enjoy. Take a moment today and consider the uncertainty held by those early Patriots wondering about American destiny and their own survival. Feel the warmth of this sunny day and the benefits of their sacrifices that you now enjoy. Though it is of a different flavor, uncertainty remains. However, our destiny remains as well. The beacon of freedom that was established those many years ago still burns brightly. Are you doing all you can to honor that legacy? Consider that as you enjoy all this day has to offer. 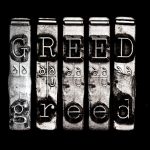 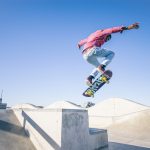