you ever stopped to consider what it means to be an American? Roll the word around in your head for a moment. What images comes to mind? Do you see patriotic images reflecting ideals and legacy? Perhaps your mental footage reflects the many haters of America and the various stereotypes the word fosters in all corners of the world. Does your mind wander to days long gone by and your view of our history? Or does it live amidst the current melting pot of people and cultures that frame the word a bit differently? One word. So much buried within.

During a recent trip to the National World War II Museum in New Orleans, I had the opportunity to step back in time and experience a world that we cannot imagine. The random violence and hatred of our world in 2018 bears little resemblance to the mass produced murder and genocidal hatred of 1933 – 1945. I use the dates loosely and only to reflect a window of time that saw killing machines and murderous men on a level unlike our world had ever seen before.

Among the many interesting, and eye opening, exhibits there was one moment, one sentence that struck me differently than anything else in the museum. “Are you American?” was the question asked by the sick and exhausted survivors of the Buchenwald concentration camp when U.S. soldiers appeared at its gates in April, 1945. The living skeletons asking the question broke down in weak sobs as they realized that they were free.  Among the many stories of hatred, atrocity, sadness, joy, victory, and defeat, this particular anecdote jumped across time to our world today and rang with profound, and relevant, meaning.

The numbers of World War II are staggering. Estimates as high as 50,000,000 dead. Almost 300,000 Americans were killed during the war. It is estimated that Poland lost nearly 20% of its entire population. Russian deaths approached 18,000,000. Truly staggering. As I walked through the Museum, I wondered if among the time and distance from the horrors of World War II we might be forgetting its lessons. Not just the lessons of hatred, greed, and power but the lessons of our legacy and place in the world as Americans.

Are you American? The image reflected to us today is not nearly as profound as that of 1945. The self-absorbed pop culture of the United States today holds little resemblance to what we projected all those years ago in places far away. What does it mean today? Wealthy? Spoiled? Soft? Undisciplined? Ambivalent? Selfish? I’m not sure. Most of what we see is reflected through the lens of our own media which seems to have a love-hate relationship with its own people. I suppose those places that are in direct contact with our military have a different view but I’m sure it is also mixed.

I’m not suggesting that Americans of the 1940’s were all better people with better values and better intentions. Most of our country aggressively resisted the idea of joining the European war. There was sympathy but everyone knew the cost would be terrible. We may view the era as more wholesome in some ways but the same political battles were being fought and though we have experienced some cultural trends that are less than positive, racial segregation was still alive and well in our society. World War II-era America was as gritty and challenged as it had every been.

Perhaps without the context of a world war, we can’t see ourselves as Americans in the same way those concentration camp survivors did. Without the coalescing effect of a fight for survival, it is difficult to view our American ideal through anything broader than the lens of day-to-day self interest. As I listened to the words of those hopeful Buchenwald prisoners read aloud, a chill ran down my spine.

For all of our imperfections as a nation and the challenges in our system and our culture, it still means something to be American. There is a responsibility in it; not just to our country, but to the broader world. The American ideal is goodness. America is about freedom and human rights. We want to see people thrive and we embrace justice. We work to do the right thing. And though we sometimes fail, the Ideal lives on.

Are you American? Perhaps we need to ask ourselves that question more frequently and strive to remember what it meant to the world when all was dark. 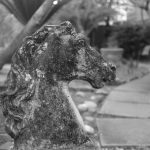 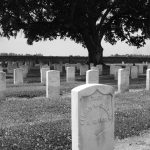 Memorial Day – What We RememberInspire