In Memory of Emery Wyatt Becker

The weight of this world means nothing if you do not try.  —Emery Becker

T he memorial service was held at Tinker House on 16th Street in Indianapolis. Hundreds of people showed up to pay their respects. Vic and Susan Becker stood for hours greeting, and hugging, every single person. The redone but still industrial room commanded a view of downtown Indianapolis and Emery’s photographs were set about on easels, on the floor, and on tables. Not just photos of Emery but the photos he took. Seeing these images was to walk in his footsteps. I found myself imagining the moments before and after the photos. Somehow, I felt his warmth and spirit in the photos though I suppose its easy to say that as I focused on remembering him. I was looking for him in those photos, in the room, in the people gathered there.

Emery Wyatt Becker was born on April 24, 1992. Ten days before my son Kiefer, was born. They would meet about 16 years later at Cathedral High School and remain close friends until March 18, 2018 when Emery abruptly left this world, and us, behind. Looking at the photos of Emery, talking to the Beckers, reminded me of the kindred nature of their friendship. They reminded me that Emery, and his parents, had very much adopted my son as part of their family.  Vic’s embrace lasted minutes affirming a deep affection for Kiefer and acknowledging his place in Emery’s life.

The memorial lasted for hours. We watched the well-wishers talk, hug, cry. A video showed photos of Emery’s life growing up and even snippets of the life he built in Los Angeles. Playbills reminded me of Emery’s theater training in high school and later at Indiana State University where he majored in Theater and became quite proficient in the technical aspects of stage work and the technology required to support major productions. His talents took him to LA where he followed his dream and built a life doing what he loved.

At one point during the memorial service, a video produced by a friend showed clips of Emery and his life in Los Angeles. The footage was worthy of an LA rock video as it captured Emery living a vibrant life. His passion for photography showed in clips of him at lively rock concerts taking pictures of the performers. His friendships appeared in candid images of Emery and an eclectic group of young men and women. The video also included moments in which Emery escaped to some of the beautiful natural scenery offered by California – with camera in hand and a smile on his face. In all of it was joy. And peace. Even the beautifully troubling video of Emery gracefully riding his Triumph motorcycle exuded joy as we painfully anticipated this sleek machine carrying him to his tragic death.

At one point during the memorial, I heard a woman comment, as she was shaking her head sadly, that it was so pointless. The words grated across  my heart and I winced as anger flashed through me. Pointless? Her intent was good but her word choice was horrific. I looked around at all of these people who knew Emery, or Vic, or Susan, or his twin sister Clara. Pointless? I suppose one might argue that he should not have died or maybe the tragic accident was senseless – after all, we wish this young man was still here. But neither his life nor his death were pointless. Girl, you gotta love your man. Girl, you gotta love your man. Take him by the hand. Make him understand. The world on you depends our life will never end. Gotta love your man. Then, a few people approached the microphone.

Tributes. Testaments to the Beckers. In life, Emery made an impact. In death, Emery brought a bunch of caring people together. This was the second memorial for Emery – days earlier, hundreds of his friends and fans in LA showed up to bid him farewell and pay their respects to the Beckers.  This day, the word “love” appeared 187 times in people’s tributes to the Beckers. Well, I didn’t actually count, but it was a unifying theme. No one spoke without referencing love relative to this family. Pointless? No. Even in death, Emery was able to bring joy to this room of well-wishers as his life was celebrated. As his family was celebrated.  As individuals stood up to share a story, a couple of Emery anecdotes appeared in my mind though I did not have the chance to share them with the room.

I can remember numerous occasions as Kiefer and Emery would enter our house through our garage and into our kitchen. I see Emery standing in the doorway, always with a giant smile on his face. His grin was puckish in that it was loving and innocent while also harboring a certain devilish mischief. He would stride across the room (at about 6’3′, he had quite a stride) and give Sally and I massive hugs quickly disarming any misgivings we had about what the two boys were up to; it was hard not to like Emery. It was impossible not to see his gentle and generous nature.  One always fell a little bit in love with him whenever he entered the room. Even years later, when our boys were grown men, he had the same charm and innocence. He greeted us with  joy whether we had just seen him or if it had been a couple of years. The world is a darker place without him in it.

My best Emery anecdote is not a moment but a friendship. Emery was like a brother to my son. Kiefer loved him and Emery was a very good friend. Through thick and thin, there was always Emery. Kiefer was so very proud of Emery and his accomplishments. Young men rarely show such affection and might be more inclined to be jealous of another’s success. Not Kiefer. Not with Emery. Emery was his hero. I remember a time when Emery flew Kiefer out for a visit in Los Angeles. I think that may have been one of the happiest moments in Kiefer’s life. He needed his friend and Emery sensed it. If Emery had done nothing else in his life worth mentioning, he could be measured as wildly successful by the difference he made in the life of my son. His was a friendship worth having.

And here the soundtrack shifts. This is the end, beautiful friend. I see Emery on his motorcycle, arms stretched out. This is the end, my only friend. The black and white imagery is surreal; black helmet, dark bike, contrasting sky. Of our elaborate plans, the end. The director shifts the video so it begins running in reverse. We see Emery on his bike now moving backwards, as if trying to go back to another point in time. Of everything that stands, the end. Now, Emery is moving away from us. No safety or surprise, the end.  Though we aren’t ready, we sense that the scene is nearing its conclusion. I’ll never look into your eyes, again. Cut.

And we’re left with images, memories, and an ache for a different ending. As I think of Emery’s life and his death. I feel gratitude that I had the chance to know him. That I had the chance to know his family. That I had the chance to be a part of the farewell. But mostly that Kiefer was gifted with this young man’s love and friendship. And then, the soundtrack reappears…Can you picture what will be, so limitless and free. Desperately in need, of some strangers hand. In a desperate land. I think our world is desperate for people like Emery Wyatt Becker. Young men who show hope and joy and love. Young men courageous enough to pursue dreams worth having. Young men who make the world better by simply being in it. We’ll never know what Emery might have done with a longer life. Thank God we got to see what he did with the life he had.

For more on Emery, read this blog post and the memories of some who love him. 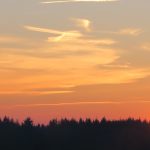 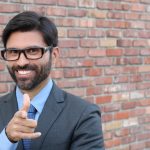