The world is wide, and I will not waste my life in friction when it could be turned into momentum.  —Frances E. Williard

M arch Madness is here! As I look at my broken bracket, I realize that this year has given us many surprises. One of the most exciting stories of this year’s NCAA Men’s Basketball Tournament has been Loyola of Chicago. Watching the Ramblers advance through the tournament, I can’t help but wonder if Sister Jean hasn’t somehow managed to bring a certain degree of Divine intervention. But I digress. Our topic this week is one of my favorites: momentum.

Basketball is a great game to examine to understand the power of momentum. Fast-paced and complex in its moving parts, the game represents a microcosm of the broader world in which we live.  Individual players, coaches, referees, fans, scorekeepers, cheerleaders, bands, announcers, alumni, nuns, and countless other characters converge into a compressed space to compete, cheer, jeer, bloviate/commentate, officiate, and on and on. It is an incredibly dynamic environment. Watching Loyola play last night, one couldn’t help but notice the power of momentum as much of the game seemed to go their way. Loose balls, fouls, great shooting, defensive plays – their opponent, Kansas State, has a talented team and yet, Loyola led the whole game and eventually won by 16 points. How does that happen?

The simple answer is that Loyola was better last night. Looking deeper, my belief is that won because they were able to seize and maintain momentum. Momentum can be a fickle friend in the game of basketball, and in life. Hot shooting, amazing defensive plays, officiating, all seem to come and go in mysterious spurts of momentum often favoring one side of the other. Yet, any student of the game will acknowledge its effect. Both teams arrived at the Staples Center in Atlanta with momentum on their side; Loyola seized the momentum at the very beginning of the game and found a way to maintain it. How?

Recently, I was in a meeting with a chief executive and we were discussing some challenges in her organization. There were a number of pressing issues: strategy, operations, staff, customer service. Our conversation progressed through the various issues and the round table group she had gathered offered many great ideas. As I listened, I realized that we were in the weeds; all of our ideas were tactical. They weren’t bad ideas but they didn’t really address the bigger issue which was the fact that they were stuck. Wheels were spinning but forward motion was stalled. Many of the barriers were circular – one led to the other. As the realization slowly came to me, I spoke up and said, “Remember that momentum fixes everything.”

The Loyola of Chicago Ramblers do not have momentum right now because they “seized it” in an intentional way. That’s the thing about momentum, the harder you grab at it, the faster it slips away. Loyola has momentum because they’ve built it along the way. Momentum comes from a collection of small things that line up in a particular direction. Remember physics? Momentum equals mass times velocity. Loyola has collected a critical mass of necessary skills, experiences, personnel, support, and belief. Then, they pushed all of that forward with what began as an unreasonable belief in their ability to win that became quite believable with a series of successes – velocity. Right now, the combination is powerfully effective.

After my statement that “…momentum fixes everything,” the chief executive looked at me quizzically. “What do you mean?” she asked. “Your organization is stuck,” I replied. “You need to build a sense of forward motion…of momentum.” One of the great risks when convening a committee to brain storm is that it is easy to go very tactical; do this, don’t don’t do that. Thinking typically evolves in serial, feeding off of one idea and moving to the next. This approach can generate many creative ideas but it makes it easy to digress into the details – sometimes the wrong details depending on where the conversation started. Naturally, my comment begged the question: how do we build momentum?

Mass times velocity. What do we have going for us? What is our critical mass? The people on our team and their expertise, our strategy, our value proposition in the market, our ability to deliver, our brand, our board, our products, etc. Your mass is built on what you’ve assembled to compete. Velocity comes from a series of successes and a belief that you can continue to succeed. To build momentum, we have to create a sense of the kinetic – active energy in a particular direction. Success builds on success – even if the successes are small. Energy builds in small steps. Look for small wins. Communicate a plan and sense of direction. Foster belief by celebrating the wins and projecting confidence in the plan, the organization, and the team. Repeat. Recruit others to the cause. Repeat. Seize momentum by building it piece by piece.

Loyola is heading to the Final Four. Can they sustain their momentum against the momentum of the University of Michigan? We’ll see. The NCAA Tournament has not disappointed this year and the finale promises to be entertaining. America loves an underdog and the #11 seeded Loyola of Chicago Ramblers are a fun underdog to watch. Regardless of the ultimate outcome, their lessons in momentum are profound for each of us in almost every aspect of our lives.

Building Momentum in Your Life

So often, we find ourselves stuck, mired in the muck of financial issues, draining commitments, health challenges, drama, and a variety of other afflictions. Whether we’ve brought them upon ourselves or feel that the universe is conspiring against us, the answer remains the same: we have to build momentum to pull away. What mass (education, skills, experience, friends, contacts, faith, etc.) have you built on your journey? What are the small successes you can create to generate belief and velocity? The challenges will always be there but that doesn’t mean we can’t build momentum to move ourselves in a positive direction and find our own success. 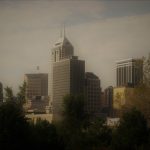 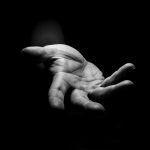