A fter being laid-off from my fourth job in five years, I found myself asking many questions. What do I do now? Why did this happen again? What’s wrong with me?

Looking back on it, I realize that the questions didn’t begin there and that my string of “bad luck” wasn’t as random as it seemed in the moment. Each of those rejections coming in the form of a job termination were actually more relief than trauma. Sure, I wallowed in it for a moment, but the reality was that each invigorated and challenged me while also calling me to a path that I did not recognize at the time.

The real story began in 1990, a year before I graduated from Butler University. A semester internship in a public utility convinced me that corporate America was not the direction for my life. That semester, I compiled a “bucket list” of priorities for my future. One of the top items on that list was to “do my own thing” – I felt a very strong call to run my own company. At 21 years of age, it all seemed so clear, so obvious, and so possible.

During the next 14 years, I did not “do my own thing,” at least professionally. My wife and I built an amazing family but I wandered in the professional wilderness of chasing more and more money working for other people. I had great experiences along the way but there always seemed to be something missing. Fascinated with starting a business, I was restless professionally and always drafting business plans – in fact, I have about 12 sitting in a cabinet at home. However, I never pulled the trigger.  Moving back to Indiana in 1999 after living in Chicago for a couple of years pulled me into my years of “throwing myself against the rocks” – a string of short term jobs centered on covering a mortgage, Catholic school tuition, and occasional vacations.

During that time, I cried in the professional wilderness as I chased anything that would pay a six figure salary and offer upside potential. The result was that I broke myself against the rocks of high risk, short term roles in my effort to control my life, my career, and my income. I was bored and felt capable of much more but I needed control and followed the path I knew.

Eventually, I was forced off of what I perceived as the safe, known path but I took the long way around.  As my options narrowed, I had to get creative and shift my approach. I had to find a way to build a different future for me and my family and I had fallen far enough that the risks of independence no longer looked as imposing as the dread of enduring another failed job attempt.

Once I started down the path of being an entrepreneur, I started noticing little moments of serendipity. Indicators seemed to appear at key decision points. When I turned around and looked at my years “on the rocks,” I realized that those indicators, the signs, were there all along. Sometimes I tripped into the right direction but more often, I stumbled along the circuitous route. I now believe that it was the sensation of feeling broken that opened my eyes  to these signs. They were there before but I was looking in the wrong direction.

A Plan for Your Life

Serendipity. Flow. Synchronicity. Luck. Karma. Destiny. Fate. We have many words to describe the unseen movements creating signals all around us. I believe they are not accidents and that there is a plan for our lives. Who we are and what we do has purpose beyond our own desires. In 2005, I let go of seeking to control it all and manage each moment to my own aim and began to trust God’s plan for me. Since then, I have often failed to listen or follow the signs, but I’ve found that when I do, things always work out for the better.

It is a mistake to think that this suggests less accountability on our part. Quite the contrary. To suggest purpose in what we do and purpose for our lives, is to admit that there are great expectations for the existence we’ve been given. This means doing all that you can with whatever gifts you possess. To follow the signs is to acknowledge this sense of purpose and to intentionally tune-in to the often hard-to-see indicators of our best way forward.

Today, I consider very carefully the opportunities or people that cross my path.  The signs often reveal themselves in the smallest of ways: a conversation, connection, suggestion, thought, or odd coincidence. This isn’t to say that you should jump headlong into everything that appears before you – discernment is crucial in finding the best path. Effective discernment requires patience because signs rarely exist in isolation and once you start looking, almost anything can appear as a sign. The signals generally appear in serial and often seem unconnected. Tuning into the early indicators is critical to recognizing follow up signals and finding the best way forward.

If there is a grand plan, it doesn’t make any difference what I do or think, right? Wrong. You are free to chose not to be your best. You are free to chose not to follow the signs. You can try to avoid accountability for your life and your purpose but running won’t help. You will still play a part but it won’t be your best part. It won’t lead to your greatest contribution.

For those that say “following the signs” is too soft or too fuzzy, I ask “are you completely satisfied with your life?” Have you achieved all of your goals? Do you feel a strong sense of purpose in your days? Do you believe you are the best version of yourself? Do you know that you’ve made the biggest difference you can make in the world? To follow the signs is not to guarantee yourself success in all endeavors – it is to align yourself with something deeper. It is to connect your being with the satisfaction of moving towards your purpose and best self.

What are the signs in your life? We all have a mission, a role to play. Following the signs is only one step. Listening when you feel called. Discerning when serendipity appears. Letting things unfold rather than trying to manage them to an outcome. Stop for a moment; look and listen. They are there. Often in the softest voice. Frequently in the tiniest signal. Fleeting. Ephemeral. But always there if we allow ourselves to see them or hear them. The greatest control you can exert is to open yourself to them and then choose to follow. 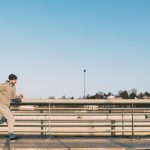 Strength Rejoices in the ChallengeEvolve 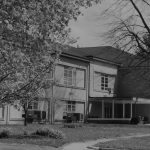 In What You Found Old, Find Something NewInspire