Confronting Your Moments of Destiny

You must put your head into the lion’s mouth if the performance is to be a success.  —Winston Churchill

O ver the week-end, I had the opportunity to attend a screening of Darkest Hour at Hillsdale College. The movie tells the story of Winston Churchill and the momentous events of his first four weeks as Prime Minister of Britain at the edge of World War II in May, 1940. The movie powerfully captures the magnitude of the events in this window of history and the complexity of the task before the newly appointed Prime Minister. For those of us poised at our own edges, it provides pointed lessons for bracing oneself in the face of destiny’s call.

Though few of us will ever be called to lead our nation through a moment of crisis, all of us lead lives marked by inflection points. Moments when, prepared or not, we are summoned to face a decision or reckoning that feels bigger than anything we have ever known. Our moments are unlikely to inspire the curiosity and scrutiny afforded the momentous events of Churchill’s life, but they may be equally dramatic and consequential for us and those in our lives. Such is the nature of human existence and our fate is to travel between these moments connecting them experientially like patches in our life’s quilt.

As a follow-on to the screening of the movie, attendees had the opportunity to observe a live panel discussion between Dr. Larry Arnn, President of Hillsdale College, Gary Oldman, who played Churchill in the movie, and Doug Urbanski, the Producer of the movie. When asked about the project, Oldman and Urbanski used the expression harmonic convergence to describe the unlikely chain of events leading to the development of movie. Isn’t that how our lives work? Plodding away on our daily routine, things wanted or unwanted appear and we are presented with a choice. Our lives reflect a series of harmonic convergences from which we launch into a particular direction and destiny is made. For my part, I don’t believe that harmonic convergences are accidental.

As we consider our own harmonic convergences, what lessons might we draw from Churchill and Darkest Hour?

What are the moments facing you now? As opportunities to rise or retreat from the occasion present themselves, what will you do? We are all called to leave our own dent in the universe – even if that universe is the block on which we live. The dramas of our days may not be written or recorded but play out quietly before a seemingly indifferent world. So what? Seize them as the moments they are and see your destiny as what it might be: the chance to make a difference. Then confront that destiny with the resolve and effort worthy of something greater than yourself. 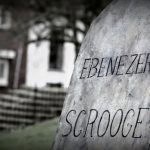 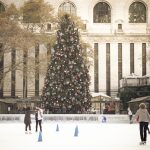