The Inspiring Possibilities of a New Season

“Well,” said Pooh, “what I like best,” and then he had to stop and think. Because although eating honey was a very good thing to do, there was a moment just before you began to eat it which was better than when you were, but he didn’t know what it was called.    — A.A. Milne, Winnie-the-Pooh

T he day was cold and rainy as we drove through Fremont, Indiana, a small town in the northeast corner of the state near the Indiana-Michigan state line. Within about 60 seconds of passing through the single four-way stop, we passed the high school and I noticed lights on in the gym. The moment transported me back to Clinton Central High School circa 1986. Basketballs, whistles, Converse All Stars squeaking on the polished gym floor, drills, offensive/defensive sets, running, sweat. The day, the lights, the small town, all reminded me of those hours spent in the gym preparing for the upcoming basketball season and the powerful anticipation that accompanied those exertions.

New seasons are potent things. It seems that anything is possible. For sports fans, anticipation mounts on and off the court with the hopes and dreams that appear as they look to the season ahead. A finite schedule and literal changes in the weather intensify the experience of an upcoming sports season. Our lives are marked by changing seasons and the exquisite intensity of what they herald. Sports fans or not, we live for the possibilities offered in a new season.

Looking through the small windows revealing those gym lights, I glimpsed a past that is long gone but also a reflection of the present. The exhilaration of anticipation is still mine and the hope for things to come is as strong as ever. Considering this, I realize that it’s not the season itself so much as the change that it represents. I suppose this is why I love living in Indiana and experiencing the literal change in our seasons. Each change marks a period of new possibility and the associated weather patterns accentuate those shifts; they make change palpable.

Last week in a conversation, a friend of mine fearfully lamented changes brought on in our country by shifting political seasons, loss of civility, and the fearful uncertainties they present. She referenced debates on taxes, immigration, welfare, and even the role of government in our sprawling, massive society. Fear and doubt were heavy on her heart.

Like the whistles, bouncing basketballs, and sneakers squeaking on the gym floor, the conversation took me back to similar conversations over the course of my life and even further back into the books and stories of our country’s history that continue to astound. Much has changed but the debates have not. The generational tendency to characterize “these times” as worse also has not changed. It doesn’t mean that times aren’t challenging, it means that we are passing through another season and our attitude about that season is really all that matters. There are possibilities in every season and it’s rarely ever as bad as it feels.

Will you dread the snow or embrace the cold loveliness it represents? Will you fear the team ranked #1 in preseason or view the contest as an opportunity to test yourself? Will you retreat from the hours of preparation necessary to succeed in your next season or double your efforts to be the best you can possibly be? Will you lay sleepless at night worrying about the circus in Washington DC or focus on making tomorrow the best day ever? Thinking of those lights in that small town gym, I’m fatigued and inspired. I wonder if I could muster the energy for an hour of practice on that court or, more importantly, rally for the lights ahead reflecting seasons to come?

The cold, rainy days sharpen this sense of change and anticipation for what’s ahead making me realize that all we can do is focus on being the best we can be. Change can be traumatic or exhilarating, often holding elements of each. Our approach and perspective on change dictate the level of fear or hope it inspires. Challenge yourself to see the possibility in the changes before you. Look intentionally for the nuggets of hope in these shifting seasons and don’t give-in to the lesser tendencies you behold in the people around you. Who knows? Perhaps your next season will allow you to bring hope and possibility to fans waiting for you to lead the way to something more.

Share on FacebookShare on TwitterShare on Linkedin
The Inspiring Possibilities of a New Season2017-11-192017-11-19https://phillipberry.com/wp-content/uploads/2016/04/pb-weblogo-sm.pngPhillip Berry | Orient Yourselfhttps://phillipberry.com/wp-content/uploads/2017/11/fall-road-1.jpg200px200px
Copyright All Rights Reserved © 2021
0
0 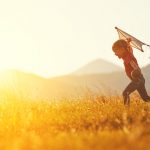 A Different Kind of ThanksInspire