Aiming for the Stars

L ast week, Elon Musk publicly announced plans to build the most powerful rocket ever and use it to launch a manned mission to Mars by 2024. The announcement was described as his “most aggressive expression yet of his vision for privately funded space exploration.” Aggressive? Perhaps. Bold. Absolutely – who else names their rocket BFR? I love it.

I must confess that I don’t share Musk’s passion to get people to Mars but I am cheering him on. One of the deliciously compelling elements of Musk’s vision is the reaction it elicits from all the naysayers. They say it’s too expensive, SpaceX (Musk’s rocket producing company) can’t generate the free cash flows to cover the estimated $10 billion mission cost. They point to other goals and deadlines that Musk has missed over the years saying that he’s underestimating the difficulty. They say, they say, they say. I say: go for it.

Guess what? This is a man who built a multi-billion dollar company because of his vision to get people to Mars. SpaceX has overcome amazing odds to get its first rocket launched in 2008 and evolve into a powerhouse space company that has gone from startup to 6000 employees in 15 years. Curious about just how unlikely that evolution has been? Read Ashlee Vance’s biography, Elon Musk: Tesla, SpaceX, and the Quest for a Fantastic Future.  Musk’s journey has been amazing not just for the scale of his success but even more so for the scope of what he has had to overcome. His gifts as a problem solver are unparalleled.

Success always invites criticism and Musk’s story is no different. However, the most inspiring aspect of Elon Musk’s entrepeneurial journey may be his willingness to confess big, bold dreams and then relentlessly pursue them. The admission this week that SpaceX’s true objective is a mission to Mars is the latest in a long series of what I view as “Babe Ruth” moments; a reference to Ruth’s legend of pointing to the stands and where he planned to put his next home run. Musk has been unflinching in his willingness to share bold plans and take the ridicule that such dreaming incurs – all while making them happen. His bold steps have been shadowed by the persistent and often cravenly criticism of those with lesser dreams and ample negativity; criticism potentially born from the dark corners of envy.

What happens when we aim for the stars? What seed is sown when we first ask the question why not? Our generation has been criticized for not dreaming big enough; for not seeking outlandish, world changing visions. We’ve traded complex, multi-year planning focused on big dreams for the short term view of quarterly results and two or four year election cycles. We’ve exchanged cheering the bold dreamers and their plans for a bigger future for jeering at failed attempts at boldness. There are still big dreamers in our midst but the safer road is the quiet pursuit of those visions lest we bring energy draining ridicule and criticism.

The first step in achieving something bold is imagining that you might. Each of us has an element of boldness and not all dreams have to be for other planets. However, in aiming at the stars, even a miss might take us somewhere new and exciting. The next time you see a piece criticizing someone’s bold vision or crazy dream, look beyond the headline or soundbite. Ask yourself, what if? What if he or she achieved that crazy dream? There are always plenty of reasons why things might not work. Maybe it’s time we started finding the reasons for why it makes sense to pursue them anyway. 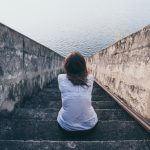 Fighting the Malaise of These DaysInspire 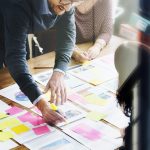