Fighting the Malaise of These Days

By Phillip Berry
October 6, 2017
T he horror of the attack in Las Vegas seemed to put a bloody exclamation point on what has been an endless assault on our senses as American Citizens. Unceasing images of hate, discord echoing across social media, relentless news reporting on all that is wrong with the world, and demoralizing examples of leadership from so many corners of our society have conspired to suck any air of hope from the rooms of our lives.

In conversations throughout this week, I’ve repeatedly encountered a general malaise expressed through hesitation, low energy, increased stress, and subtle (as well as not-so-subtle) pessimism on the state of things. The worst example came when a young woman, after meeting my daughter’s newborn son, stated that she couldn’t imagine bringing a baby into this world as it is.

What are we doing? Earlier this week, I read through a ranting reaction to a Facebook post that exploded into 40+ entries of argumentative vitriol that can only be described as hatefully unproductive. Ironically, the hateful words were spewed at a few individuals who had nothing to do with the terrible actions that supposedly triggered the rant to begin with. Is it now about fighting to see who can out-hate the other person? When did we start believing that two wrongs make a right? When did we stop believing in treating others as we would like to be treated? I suppose if I hate you loudly enough, you’ll just go away; or in this case, stop responding.

The end result of all of the rants, arguments, disagreements, attacks, and broad hatefulness is a malaise, a general sense that our country is broken; that we are broken. Unfortunately, each of us always believes that it is the other person who is broken and needs to be fixed or corrected. Broken beliefs. Broken behavior. Broken intentions. Broken people. Broken world.

We are living under a “media power law” in which a few things become exponentially present in our hearts and minds when magnified by a media bent on driving viewership with negative energy. We are bombarded with negative messages and imagery on TV, on social media, in magazines, and in newspapers leaving us to draw the only possible conclusion: the sky is falling. Amid all of this negativity, the temptation is to fall into the absolutism of bucketing people in broad, easily identified groups: Republican, Democrat, White, Black, Catholic, Muslim, Liberal, Conservative, Rich, Poor, Good, Bad and then concluding that because someone fits some part of that description that they have a predefined set of beliefs and behaviors. We are all profiling and we are all profiled.

The resulting malaise is an anchor holding us back. People become guarded, careful. We stop trusting each other and become suspect of the other’s intentions because we are convinced that they are probably not good intentions. Conversations disappear under the weight of arguments and we stop seeking to understand as we focus on winning…or at least beating the opposing view into quiet submission. How do we counter all of this?

Let’s start by refusing to buy into it. I still find that in one-on-one conversations, people are more alike than they realize. Turn off the cameras and recorders and you find more reasonable voices. Step outside of social media into live conversations and you see different behaviors. Look beyond the headlines and the outlandish outliers of behavior and belief and you find normal, hard working, family loving, patriotic people just trying to find their way in this world. Through this lens, mass murderers are simply that: crazy individuals who are broken in some way. Fringe elements that don’t reflect any part of who the rest of us are or want to be. Nut jobs who make a choice to do evil. None of us caused it, asked for it, or deserved it. Evil works that way. All we can do is refuse evil; to deny it access to our own hearts.

Next, let’s focus on ourselves. Feeling malaise? Look at the people in your life. You know, the ones who really matter. Are you losing sight of them amidst all of the noise? Is there some piece of the circus that is keeping you from maximizing the time and love available to you under your own roof? What conversations are you having with those people? Are you feeding malaise or deepening love? As small as we sometimes feel, it can be easy to forget that the best place to start changing the world is with those right next to us. One kind word or gesture at a time.

It has been a season of tragedy. Storms of all varieties have rocked our country. In times like these, it is easy to give-in to despair fostered by the persistent battering of our human natures by the winds of loss and destruction as well as the fears they foster. Reject the narrative. Find the good. Seek the beautiful in our country, in our people, in the world in which you live. We are not alone in this. The signs of love and unity are there if we allow ourselves to see them.

Share on FacebookShare on TwitterShare on Linkedin
Fighting the Malaise of These Days2017-10-062017-10-06https://phillipberry.com/wp-content/uploads/2016/04/pb-weblogo-sm.pngPhillip Berry | Orient Yourselfhttps://phillipberry.com/wp-content/uploads/2017/10/fight-the-malaise.jpg200px200px
Copyright All Rights Reserved © 2021
0
0 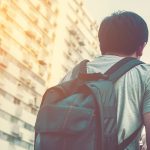 You Don’t Need Control, You Need to Find a WayEvolve 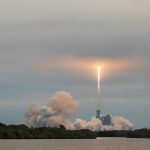