Do not act as if you were going to live ten thousand years. Death hangs over you. While you live, while it is in your power, be good.  —Marcus Aurelius

A headline appeared on LinkedIn the other day saying that a set of laws caused a medical provider to commit fraud. Though I wholeheartedly agree that the complexity of our laws leads to varying levels of non-compliance and that it is easy to get tripped up in the tangled web, there is often a fundamental problem with how we approach laws and the agencies enforcing them. Actually, the problem runs deeper – its not just laws and regulations, its how we seek to improve our position.

We live in a world in which everyone is trying to “game” the system. We seek advantages and shortcuts in every imaginable situation, sometimes hiding behind the way laws, rules, regulations, comp plans, contracts, et. al. are written. Such is our legal system and the processes that support it. As participants in this world, we tend to get lost in the argument rather than focusing on the intent. Sometimes, the intent doesn’t even matter as we twist and turn within the nuances of language and semantics. What was it the dad said in the movie Clueless so many years ago? “It’s not what you earn, it’s what you argue.”

As I considered that LinkedIn headline and the hundreds of other daily headlines describing fraud and myriad other forms of law breaking behavior I wondered aloud why we make it so complex. We tend to get so lost in our rationalization mechanisms that we lose sight of the most basic elements of our being. Rather than focusing on taking advantage of the systems that govern our lives, what would happen if we started by seeking goodness?

Rather than focusing on taking advantage of the systems that govern our lives, what would happen if we started by seeking goodness?

I’m not talking about being “right” or “correct” nor I am I referring to the quality of a particular action or thought in terms of being effective.  I’m referring to “good” in its most moral sense. We might describe a good person as exhibiting the traits of kindness, consideration, prudence, generosity, and forgiveness. We might say that good people observe the Golden Rule: treat others as you want to be treated. The essence of goodness might be captured by describing what it is not: good people don’t lie, cheat, steal, or hurt others. When we use such words, what is “good” doesn’t seem to be so ambiguous.

A recent discussion with a friend regarding a contract reminded me of this. The conversation started with his description of some clauses in an agreement and his desire to do some things that could potentially conflict with them – the answers weren’t clear. We discussed the implications in several different scenarios and how the other party might react, finally getting to a point at which we were debating the legal arguments. At that point, I realized that we were focused in the wrong direction. I asked my friend, “what was the intent of your agreement?” My point, you are bigger than this. You are feeling hesitations for a reason. You a are a good person. Go to them and talk about what you want to do. Seek goodness.

Yes, I know. The world is not black and white. Not everyone shares the same moral code. Sometimes the situation dictates certain behaviors that we might normally call immoral or not “good.” Whatever. You know what I mean. Most of us are not dealing with daily decision of life and death on a battlefield or living in such destitution that our only choice is to steal. In most cases, we are way past survival. We choose good, or not, in much, much smaller circumstances. Often, many times in a day.

What happens when we seek goodness? We apply powerful traits of empathy, caring, and consideration. We look for ways to forgive. We work for the betterment of other people. We try to understand intentions and give others the benefit of the doubt. We speak honestly, act honorably, and lift those around us with our integrity. We work for transactions that benefit all involved and listen to our conscious when it warns of occasions that compromise our goodness. Seeking goodness elevates us and the world around us.

Seeking goodness elevates us and the world around us.

Perhaps you feel that I’m suggesting we all put on our rose-colored glasses? Turn a blind eye to the ugliness and dishonesty of our world and skip obliviously happy into our day. No, I’m not suggesting obliviousness. Quite the contrary. I’m suggesting powerful intention. I’m advocating deliberate effort to seek goodness in yourself and in others. I’m suggesting that if you seek goodness, and live goodness, you will find it more often than not.

By the way, this is not a recipe for self protection – you will be hurt, disappointed, and frustrated with others who don’t share your approach.  However, if you seek goodness and bring goodness to the world, you will find the contented joy of one moving toward the best version of her or himself. You will find the satisfaction of living honorably and sleeping soundly. You will find the fulfillment of knowing you have elevated those around you directly through your efforts and indirectly through your example. Sure, go ahead and argue the nuances of a clause. Just seek goodness first. 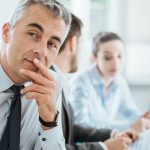 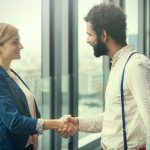