Doing Your Best Can Be Exhausting

To lift your team sometimes requires that you “spend” all you have; physically, emotionally, and spiritually.

I was blessed with the opportunity to coach youth athletics over a 12 year period while my kids were in grade school and middle school. Basketball, softball, and soccer filled every spare moment of our evenings and week-ends. It was gloriously challenging, frustrating, and fulfilling – often simultaneously. During this time, I encountered many talented athletes, a few of which went on to play in college. These young stars have been endlessly inspirational for me.

A number of years ago, one of my former athletes was competing in a contest and was having an amazing game. Defensively and offensively, she was everywhere and her performance lifted the team to success. After the game, I congratulated her on an amazing effort. She gave a little smile, crinkled her forehead and said, “Thank you. It was exhausting.”

Her comment didn’t strike me as odd, I was certain she was exhausted after a long, demanding game. However, the expression she shared when she made the comment indicated something deeper. Not long after that, I saw her at another contest; a game in which she played well but nothing like the game referenced above. This time, her team lost. After the game, I asked her if she realized that she had the talent to lift her entire team when she called on it. With no hint of surprise, she said “thank you” and went on to tell me that she knew she didn’t play her absolute best tonight and sometimes struggled to “go there” because it takes “so much out of her.”

Before that moment, I never really understood what it took to be a star athlete. The person able to carry his/her team to victory in the most challenging moments. As I think back to that conversation, I realize that physical fatigue, though certainly present, had little to do with her exhaustion. To be your best, to perform at your peak, to give something your all, demands that you pour yourself into it. To lift your team sometimes requires that you “spend” all you have; physically, emotionally, and spiritually.

In our days in the office, at the hospital, in the classroom, on the road, at the store, at home, or wherever else we may spend our waking time, we are given the opportunity to show up, be present, and do our best. We are called to be the best version of our self. Is that what we are being? We often casually say “I did my best,” often as a justification for losing, forgetting, coming up short, or any number of other outcomes in which things didn’t work out as expected.

We often casually say “I did my best,” often as a justification for losing, forgetting, coming up short, or any number of other outcomes in which things didn’t work out as expected.

The reality is that doing your best is no small feat. Our best effort, best performance, best attitude, best appearance, best preparation, and on and on, require tremendous effort. To be our best demands focus and exertion: physical, mental, and spiritual. It is exhausting.

In Your Best is Good Enough, I remind readers that no matter how the world may try to grind you down, your best is enough. The flip-side to this message is that doing your best, demands something more from you. The amazing gifts and capabilities you have, must be fully engaged if they are to bear fruit. Your best effort isn’t doing what you feel like doing in the moment. Your “best” is not a relative term that is more on some days and less on others. Doing your best means that you are being all of which you are capable in that moment. It is a very tall order because you are capable of truly amazing things.

Don’t lose heart. The good news is that living your best life doesn’t mean your exerting at peak levels in every second. Fortunately, most of us don’t live in a world in which we’ve got to be running at peak exertion in every moment to survive. However, we must realize that being our best demands effort. Giving our best to our jobs and to the people around us will be exhausting; but it will also be energizing and fulfilling. Your best is not something to be taken for granted and bringing it forth will require intention and effort.

So, remember that doing your best can be exhausting. Then, go do it anyway. We’ll be glad you did.

Share on FacebookShare on TwitterShare on Linkedin
Doing Your Best Can Be Exhausting2017-03-032017-03-03https://phillipberry.com/wp-content/uploads/2016/04/pb-weblogo-sm.pngPhillip Berry | Orient Yourselfhttps://phillipberry.com/wp-content/uploads/2017/03/best-is-exhausting.jpg200px200px
Copyright All Rights Reserved © 2021
0
0 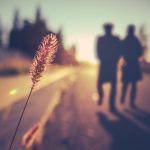 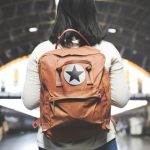 The Joys of Wandering AboutInspire