The most tragic thing in the world is a man of genius who is not a man of honor. —George Bernard Shaw

I recently participated in a meeting in which an individual was pitching a new business concept. He had a novel idea to bring together several elements of a solution that could potentially impact a number of stakeholders in the process. During the course of the presentation, he suggested that certain organizations would buy into the concept even though the results were inconclusive. When I asked “why?” he responded that, even with inconclusive results, this approach was better than anything else available. Certain companies would buy it even though the value was questionable and this individual was prepared to sell it knowing that truth.

I must confess to being dumbfounded. Business often gets a bad rap for dubious deals amid accusations of pillaging the unsuspecting buyer but I have never personally experienced such a blatant example in my own journeys. My next set of statements created a moderately hostile exchange and the awkward closing of the conversation. My point? We had no interest in pursuing any venture that did not have the intent and substance to do the right thing on behalf of everyone involved in the transaction. Conversation over.

We don’t hear much about honor these days and the word “integrity” often feels like a buzzword relegated to the bucket we use to hold trite and meaningless cliches. It is unfortunate that it doesn’t hold a higher place in our public discourse because it so incredibly important to our moral fabric. Perhaps it is because we’ve become so accustomed to a “gray zone” of moral and ethical relativism. In a society of such intense individual liberty and diverse beliefs, we have somehow convinced ourselves that choosing to believe that something is “ok” actually makes it “ok.” How unfortunate.

The TRUTH is that it’s not “ok” to charge someone for something that doesn’t do what it purports to do. It is not “ok” to deceive someone on the merits of a product or service simply because one can. In most cases, these things work themselves out because once it has been done, the buyer doesn’t return. Over the long term, the law of the jungle takes care of it as we discover that one cannot build a sustainable business around hucksterism.  Even so, I find it truly sad that there are those who seek this path on a transactional basis and sacrifice their honor and integrity on the altar of greed.

Our name, our honor, and our integrity should mean something in the market. Not that we are perfect but that we work to do the right thing. There are “gray zones” in the market that reflect unclear expectations but there shouldn’t be “gray zones” for ethical behavior. Even the best of intentions are sometimes mangled in the process of doing business but what do we get when we don’t even start with the best of intentions? Even when mistakes and misunderstandings occur, we have the opportunity to act with honor and maintain our integrity. Even when we disagree, we can do so honorably.

Seem obvious? Apparently not. Until we as business people demonstrate that honor is still important and that we are working to do the right thing for all of our stakeholders, we will continue to see businesses vilified as raiders and pillagers. Perhaps that is simply the nature of a capitalistic system. For my part, I don’t believe it has to be and feel that we can CHOOSE to do the right thing every time. Not in an effort to be perfect, for that will never happen; but in an effort to behave with honor and integrity. 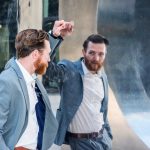 The Power of Self CompassionInspire 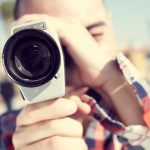