We All Hate to Lose

If you can keep your wits about you while all others are losing theirs, and blaming you. The world will be yours and everything in it, what’s more, you’ll be a man, my son.  —Rudyard Kipling, If

I had the opportunity to attend a high school football game last night as my children’s high school competed in a post-season contest. The chilly night and clear skies heralded a more profound change in the season. The stadium was brilliantly lit allowing me to see the shadows of trees and partly fallen leaves just beyond the fences. Fans were colorfully adorned to represent their teams and the hats, gloves, and cups of hot chocolate confirmed that we had crossed-over into new temperature territory from earlier in the afternoon. I had met my youngest daughter and her friend for dinner just an hour before and then watched them drive off to the game, reminding me of yet another change in seasons. The night was replete with shifting tides.

In the stands, I sat with some old friends but recognized few of our fellow fans. I realized that our ten year run as parents of students at this school was coming to an end. The realization wasn’t really a sad one, more of an acknowledgment of the necessity of this transition – for all of us. As I watched the game, I felt strangely detached. The players were unfamiliar. The stakes weren’t real for me. I wasn’t invested. I was truly a spectator.

My detachment gave me a fresh perspective on the game. Nearby fans were yelling about bad calls and terrible officiating. All I saw were bad decisions, poor execution, or simply mistakes made by our players.  I smiled as I remembered countless games in which I was the fan screaming at referees because they were disadvantaging my team. Moving from the referees, there were yells about the behavior of players on the opposing team. The other players were evil in their own right whether through their actions that were obviously missed by the referees or for outright poor sportsmanship. I wasn’t wearing those lenses so, to me, it all looked like a bunch of young men giving their all on the field.

The night did not go well for our team and the game was effectively over by the end of the first half. The opposing team decimated the offense, defense, and morale of our players in a 15 minute assault that left our crowd silent. I looked around and realized how much we all hate to lose.

That is how it goes for us. If we choose to play, we’re going to lose from time to time. The young men on that field last night will wake up today, lick their wounds, and move on. For a number of them, last night will be the last time they ever play football. Their season has changed. For those of us who have experienced a few losses, we understand how it works. Sure, we may rage against the injustice of it – it is always safer for our sense of self if it is someone else’s fault.  But we move on. We let go. Because we know that if we don’t, that anger, disappointment, and frustration sows doubt and negativity within us ultimately lessening our joy and satisfaction in our own life.

If we choose to play, we’re going to lose from time to time.

Hating to lose doesn’t go away but we have to evolve. The only way to cope is to control our attitude; our reaction to our losses. When we fold or rage in the face of loss, we not only hurt our self, we hurt others around us because we drag them into it. When our anger and frustration spill over, it pollutes the very river on which we are traveling and everything else in it. The first mistake is to believe you will always win. The second is to anguish over the inevitable losses more than a moment. Life is far too precious. Time is far too fleeting.

Today, I awoke to a beautiful covering of frost on the ground. The sun was starting to appear, pasting its orange-yellow glow across the sky and illuminating the contrast of the green grass with the ghostly white frost. The vision filled me with a sense of joy for this new change.  Another season appearing on the horizon full of possibility. I suppose I could sit here and lament the potential for losses that may come my way. But why? Sure, I still hate to lose. However, I choose to move toward the wins and trust that I’ll find a way through when the bumps come. 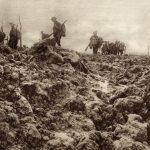 Veterans Day 2016 and The War to End All WarsInspire 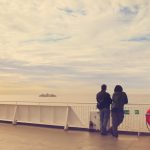 The Power of Showing UpEvolve