Veterans Day 2016 and The War to End All Wars

I shall not easily forget those long winter nights in the front line. Darkness fell about four in the afternoon and dawn was not until eight next morning. These sixteen hours of blackness were broken by gun flashes, the gleam of star shells and punctuated by the scream of a shell or the sudden heart-stopping rattle of a machine-gun. The long hours crept by with leaden feet and sometimes it seemed as if time itself was dead.  F. Noakes, in ‘The Distant Drum’ —F. Noakes, The Distant Drum

O n the 11th hour of the 11th day of the 11th month in 1918, an armistice was signed between Allied nations and Germany to effectively end World War I. President Woodrow Wilson declared that the day should be “filled with solemn pride in the heroism of those who died in the country’s service and with gratitude for the victory.” The original Armistice Day holiday was amended in 1954 to be called Veterans Day to broaden the commemoration to include all veterans.

Today, we pause to remember the past, and celebrate the present as we acknowledge all of those who have faithfully served our country. The grueling election that came to a close this week presents a special opportunity to take a breath, step back, and search for broader perspective on the unique nature of our country in the context of sacrifices made for our freedoms – especially the freedoms of voting and free speech.

The grueling election that came to a close this week presents a special opportunity to take a breath, step back, and search for broader perspective on the unique nature of our country in the context of sacrifices made for our freedoms – especially the freedoms of voting and free speech.

World War I was a conflict unimaginable in its time and possibly even more so for most of us today. Nine million combatants and seven million civilians died as a result of the war. Though the U.S. joined the war late, 116,000 Americans were killed in it. Thirty countries were directly involved in the conflict. New technologies combined with old tactics to make fighting particularly brutal as both sides created massive trench systems facing each other. Machine guns, massive artillery weapons, and poisonous gas enabled astounding casualties. The decimation impacted all involved.

As I consider the darkness of World War I, I realize how incredibly blessed we are.  This week, we witnessed significant emotion as Americans demonstrated their disappointment with the election. We witnessed fear as American citizens wondered: “what happens now?” We witnessed anger as protesters decried our election process and its unsatisfactory result. Now we witness the fallout on social media, news channels, in the halls of our institutions, and on the airwaves. What an incredible luxury. What an amazing blessing to be able to experience and express all of these emotions in relative safety.

Now pause for a moment and consider the fear and uncertainty Americans felt before and during World War I. Or World War II. Or the Korean War. Or the Vietnam War. We had a taste of that uncertainty on another 11th just over 15 years ago but that was tiny in comparison to the conflicts above. Imagine the fear and uncertainty of those infantrymen in 1918 sitting in their trenches or foxholes listening to artillery shells exploding around them. Consider the fear felt by mothers, wives, sisters, and other loved ones as they waited anxiously for news from the front. Now that is fear.

Imagine the fear and uncertainty of those infantrymen in 1918 sitting in their trenches or foxholes listening to artillery shells exploding around them.

Today, we celebrate all of our Veterans. Our service men and women have who made countless sacrifices for our freedoms and continue to sacrifice today to keep us safe. Coming from a family of veterans, I am proud to acknowledge each of them beginning with my great-grandfather who died in Germany in World War II, my grandfather who met my grandmother while serving in England in WWII,  my father who survived a grueling tour in Vietnam, as well as my brother, sister, two cousins, and a nephew who served and continue to serve our country faithfully today. We are incredibly fortunate that so many continue to choose this path of honor and service in the name of our amazing country.

So take a moment today to consider all that we have gained, all that we have lost, and all that lies before us. Then thank a Veteran for believing enough in our country to make the commitment to serve. The election is over. The sun still rose this morning. And we are still blessed beyond imagining. 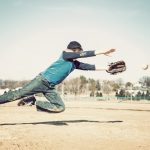 Every Day is Game DayInspire 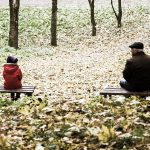 We All Hate to LoseInspire