Have You Created an Apology-Driven Culture?

We cannot grow when we are in shame, and we can’t use shame to change ourselves or others.  —Brené Brown, I Thought It Was Just Me: Women Reclaiming Power and Courage in a Culture of Shame

A number of years ago, a young woman joined my company in a sales role. She was energetic and ambitious; there was no doubt that she wanted to succeed. In spite of support from me and other members of our staff, she was unable to find success. One thing I noticed early-on was that she apologized for everything. In fact, her steady supply of apologies triggered my post, Stop Saying You’re Sorry. She used the word so frequently that it lost all meaning and became a filler in almost every conversation. For me, it was incredibly frustrating because I felt that it indicated a lack of self confidence that seemed completely unwarranted. We eventually parted ways and I chalked it up to a poor hire and lessons learned.

Fast forward to 2016. In the process of parallel parking my car, I turned my wheels too soon and lined up imperfectly requiring another round of positioning to get parked. As I realized my mistake, an unconscious apology came out of my mouth. Yes, I said “sorry” for an imperfect park job. Puzzled, my passenger looked at me asking, “sorry for what?” Slightly embarrassed, I mumbled something incoherent and we went on. That apology really bothered me. I’m very aware of apologies and try to honor their power by using them appropriately. Why did I apologize? It was a reflex – a filler; seemingly meaningless and out of place. Or was it?

When I wrote my original post on apologies, I was approaching it from the perspective that we overuse them. We throw them out there as fillers in situations where we might say “oops!” My argument was that we give our power away by over-apologizing and we also remove the power of a real apology when we use it ubiquitously. In my example above, that person was me. As I considered my apology, I realized that it formed from a sense of guilt. Well, actually, shame is the better word. Shame? Yes. I made a mistake and, for whatever reason, I felt shame. A parking error causing shame?

Let’s look more closely. Guilt is the sense that we did something wrong or made a mistake. Shame takes it to another level by introducing feelings of disgrace, ridiculousness, and embarrassment. In this case, the shame was self-imposed because I expected more of myself and became embarrassed when I fell short. To whom was I apologizing? Myself.

Shame takes it to another level by introducing feelings of disgrace, ridiculousness, and embarrassment.

At first, my conclusion was that I had fallen into the same trap that I criticized in my original post. However, as I looked more closely, I saw the potential for a deeper and even more troubling possibility. With regard to my parking, I had created an expectation in my mind that I was very good at parallel parking. When that didn’t happen, I felt embarrassed. It made me think back to my employee. My original conclusion was that she apologized so frequently because she lacked self-confidence. What if the apologies came from a sense of shame? If that is the case, and shame can be traced to embarrassment, did I inadvertently create an environment in which she was frequently feeling shame? I wonder.

I still believe that we often over-use the words “I’m sorry.” They are a frequent filler. But when they are triggered from a place of shame, there may be something else happening. We all make mistakes and sometimes we feel embarrassment for those mistakes. That is normal. What do we call it when certain people, certain situations, or certain environments trigger our shame reflex? Is it always our fault? In the case of the former employee above, I can argue that I’ve had many employees for many years and that is the only situation I can recall that potentially involves shame. However, I can also argue that everyone reacts differently and perhaps there are things I’m doing that could trigger shame in my team.

…perhaps there are things I’m doing that could trigger shame in my team.

Ultimately, none of us want to disappoint. A sincere apology is an effort to ameliorate a disappointment. We want to make amends. As leaders, it can be easy to create an apology-driven culture by setting our team members up to disappoint us, or themselves. We all know mistakes, disappointments, will happen. Our reaction to them sets the tone for our culture and, to some degree, determines whether or not mistakes trigger shame in our staff. As much as I want to conclude that my former employee lacked self confidence and perpetuated it in a pattern of constant apologies, I have to recognize that I had some part to play in how she reacted to her mistakes.

Do you have an apology-driven culture? Some questions to ask might be:

The goal is not to create a consequence-free work environment; we all need to be held accountable. However, we also need to be aware of our influence over other people and the environments in which we work. You are creating a culture whether you intend to or not. Your team is creating a culture whether or not you are aware of it. As leaders, we are called to create the best environment possible to foster the talents of our team members. Your ability to balance the need for accountability with the freedom to fail will determine whether or not you have an apology-driven culture and, ultimately, drive your employee’s attitudes about success and motivation. Being aware is a great first step.

The goal is not to create a consequence-free work environment; we all need to be held accountable. 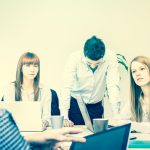 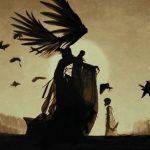 Small Business and The Deathly HallowsLead