Our Dangerous World of Contempt

Contempt is the weapon of the weak and a defense against one’s own despised and unwanted feelings.  —Alice Miller

I n his book, Blink, Malcolm Gladwell introduces his premise with the story of a study conducted over many years focused on the nature of relationships. A researcher would bring couples into the lab, ask them to discuss a topic on which they disagreed, and then proceed to record and observe the entire interaction. Over the years, the researcher became very adept at predicting whether or not a relationship would last based on his observations during these brief encounters. One of the key variables in the researcher’s analysis revolved around the notion of contempt. In the situations in which contempt was noted in the tone or reaction by one or both of the parties, it was almost always an indicator of an eventual failure in the relationship.

Since reading that particular portion of Gladwell’s book, I’ve looked at the word, “contempt” differently. We’ve often heard the term used relative to our legal system, one is sometimes held in “contempt of court.” As it relates to our legal system, contempt is the offence of being disobedient to or disrespectful towards a court of law and its officers in the form of behavior that opposes or defies the authority, justice, and dignity of the court. Our legal system definition doesn’t quite capture the gravity of the word as it relates to our interactions with other people.

Contempt is defined as “the feeling that a person or a thing is beneath consideration, worthless, or deserving scorn.”

I was recently reminded of the word contempt as I saw a news article talking about a billionaire’s donation to one of the presidential campaigns. The article included  several Twitter feeds posted by high-profile people reacting to the news of the donation. I was astonished to read how vicious the tweets were. The headline of one tweet said: “F*** You _______!” This wasn’t a bunch of teenagers bullying their classmates. These were tweets coming from adult leaders in various high level positions with corporations and other organizations within our country. Put aside for a moment the lack of professionalism in blasting that sort of rhetoric into the mediasphere and consider the scope of the emotion behind that tweet. That is CONTEMPT with a capital ‘C’!

I realize that I should not be surprised – our world has become quite comfortable with outbursts, tantrums, and ill-considered social media assaults of all flavors. Our current presidential election has upped the ante on these outbursts with more and more individuals and organizations trying to push the bar lower and lower in the landscape of uncivil discourse. However, I WAS surprised, and saddened, by what I read. In reading the article and the tweets, there was no argument explaining why the donation was a bad idea. There was no counter-point to the logic behind such a donation or even an attempt to understand why the billionaire would make the donation. Every bit of what I read was steeped in contempt for another thinking, breathing, and feeling human being. Those tweeting weren’t attacking his ideas, they were attacking him as a person.

Argument and disagreement have been happening for centuries. The American political tradition has always been one of bare-fisted disagreement and this election cycle is no different. The problem is that we are no longer arguing over ideas and philosophies. We are substituting anger and emotion for reason and logic while undermining our own points and the system we’ve built to compromise on differences. The biggest danger of our simmering contempt is that it leaves no room for reconciliation when the dust has settled. Contempt forms the basis for ongoing dislike, disagreement, and distrust while sowing the seeds for the escalation of our arguments in increasingly less civil ways.

The biggest danger of our simmering contempt is that it leaves no room for reconciliation when the dust has settled.

While we are locked in our political race to the bottom, we are seeing the signs of this contempt seeping into our business and personal dealings. Social media puts this on full display. Aggressive tweets are one form but it happens on multiple fronts. Attacks on people associated with certain companies. Dark criticism of shares and posts regardless of reason or intent. Mean-spirited confrontation in the office or on the street should anyone choose to disagree with another’s point of view. Our contempt is spilling-over far beyond the political arena.

In addition to the obvious external implications of contempt for our relationships and other people, there is a deeper danger to us as human beings. Contempt is a dark, very negative feeling. It is a cousin to hatred and far more insidious. It is often subtle and hides itself behind smart words and self-righteousness. Harboring contempt lessens us. It brings us lower with a slow-drip negativity that undermines hope and optimism. Contempt breeds cynicism and blocks the creative energies that enable us to be all of which we are possible. It doesn’t just hurt those around us.

Harboring contempt lessens us. It brings us lower with a slow-drip negativity that undermines hope and optimism.

In my post, The Lost of Art of Constructive Dissent, I argue that an inability to cope with disagreement is at the root of our loss of civility. It is easier to simply dislike someone than to argue with them. The generous nature of this premise assumes that both parties are well-informed but simply choose to not put the effort into debating their positions. A darker issue fueling deeper contempt lies in the fact that we are frequently uninformed or uneducated with regard to a particular issue and aggressive attacks become the substitute for rational argumentation. This is easily seen in fabricated videos, emails, and other detritus scattered on social media pages and inboxes. Our contempt makes it easy to rationalize uninformed attacks and deliberately avoid educating ourselves more fully on the issues.  Here are the points I shared for constructively dissenting:

To the points above, I would add the following as needed to address the burden of contempt:

Now is the time for strong, principled leadership – and not just from our “leaders.” The good news is that we can all lead the way. In our churches, on our Facebook pages, in our offices, on our phones, in front of employees, and behind their backs – we can choose to set the example of sincere, informed discourse. We can say “no” to personal attacks and ask “why” someone feels as they do. We can encourage educated debate and set the tone in how we communicate and, more importantly, how we disagree. Whether you are a CEO, a clerk, a nurse, or a politician, you have the opportunity to make your own difference and show those in your world that you won’t give in to the contempt.

Now is the time for strong, principled leadership – and not just from our “leaders.” 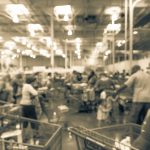 Be Present! Engage Your Senses to Build AwarenessEvolve 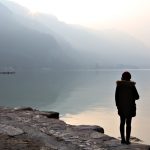 Your Humility Creates a Blind SpotSucceed