Be Present! Engage Your Senses to Build Awareness

If, then, I were asked for the most important advice I could give, that which I considered to be the most useful to the men of our century, I should simply say: in the name of God, stop a moment, cease your work, look around you.  —Leo Tolstoy, Essays, Letters and Miscellanies

I recently entered a Costco to pick up a few items. I was not in a hurry and only needed a couple of things so I grabbed my cart and casually headed toward my first stop in the back of the store. As I moved through the store, I was repeatedly cut-off in a variety of places. A mom and her two children cut across my path to get some snacks from a sample vendor.  A man with glasses and a blue shirt angled across my cart to get to the meat cooler. An older woman in a blue dress patterned with yellow stopped abruptly in a turn to check her phone. For me, it was a bit of a surreal trip through the store because I felt like an outsider, an observer of some bizarre dance of shoppers, clerks, and vendors.

With each interruption of my journey, I stopped and patiently (mostly) waited for the opportunity to go around or for the person to re-orient him or herself and clear my path. As I watched each of them, I noticed that they had no idea I was there; I was invisible. Each person was engrossed in his/her mission or distraction. My presence was irrelevant. All of them were completely unaware of me or pretty much anyone else around them.

My presence was irrelevant.

The experience reminded me of a scene in the 1999 science fiction thriller, The Matrix. In it, Neo (the hero) learns that his real body is in fact plugged into a computer and his entire life has been a virtual journey within the program called the Matrix. In one scene, Neo is placed into a virtual reality training program to show him how the Matrix works. His mind is transported to a crowded New York sidewalk and as he walks, he is bumped and pushed by people from all sides. They are oblivious to him and he is hardly able to proceed on the sidewalk because of all of the people. As he looks over, his mentor, Morpheus, is moving fluidly within the same crowd – no bumps, no pushing – he is navigating the crowd effortlessly. The lesson is that Morpheus understands how the Matrix works and this allows him to navigate the crowd without disruption.

As I considered the bumps and interruptions at Costco, I realized that my reaction to them placed the responsibility on the other person. The other person cut me off. The other person blocked my path. These were disruptions to me because I expected something different. How would my experience have been different if I had expected them to behave as if they were unaware of me? In this case, I would have anticipated being cut off or stopped in the aisle. It seems that Morpheus’ lesson to Neo also applies to us: understanding how the system works, enables you to navigate it.

Now, let’s move from navigating  among those who are unaware to cultivating our own awareness. The people I encountered at Costco weren’t bad people, and though you might argue that their lack of awareness could be called rude, they had no intention to be discourteous. They were unaware of me and everyone else around them as they focused on their own world. We all do this. When we drive, we text or check the radio or talk on the phone. When we watch TV, we tune out the rest of this world as we escape to an alternate universe. In our offices, we half-listen to others as we are trying to get an email finished or complete a task while fooling ourselves into thinking that we’re multi-tasking effectively.  We all live some portion of our life within the world of the unaware.

We all live some portion of our life within the world of the unaware.

On that particular day at Costco, I was tuned-in and really aware. Most likely, that was an exception – who knows how many people I’ve cut off in my years as a distracted shopper. How do we improve our awareness? In most cases, our lack of awareness is simply a bad habit. We chase the shiny objects of our life and get lost in the pursuit. The good news is that we all have powerful engines for concentration and focus which allow us to zero-in on priorities when we choose. Our challenge is to be intentional in our awareness.

My suggestion for being more aware is to fully engage your senses:

Now, think about engaging your senses where you work, where you live, and where you play. Focusing your senses brings you to a heightened awareness and bonds you to your environment in a special way. When you intentionally engage your senses, you are powerfully aligning your physical presence with your mental presence. This focus allows you to connect with those around you and enables you to enjoy the benefits of full awareness. When was the last time you really thought about one or more of your senses? How did it make you feel?

Focusing your senses brings you to a heightened awareness and bonds you to your environment in a special way.

The next time you are navigating around the obliviousness of another, work on your own awareness. Be fully present by bringing all of your senses to bear. My guess is that you’ll find renewed satisfaction in the process and a refreshing level of connection with those around you. 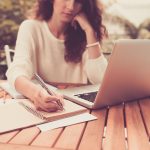 In Defense of Imperfect WritingEvolve 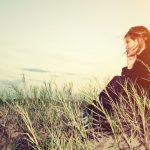 Our Dangerous World of ContemptLead