Our Need for Control Leads to Disappointment

Freedom is the only worthy goal in life. It is won by disregarding things that lie beyond our control.   —Epictetus

At its heart, control is about getting what we want.  It might be a thing or an outcome.  The first point of disappointment occurs from a relative mentality – someone else is getting something we want (or deserve.)  The root of much frustration lies in this scarcity mentality; the fear that a limited amount of something means we get less.  The corollary is that we concern ourselves with fairness and become embittered when we perceive that someone does less than us but receives the same (or more).  We attach our state of mind to a relative yardstick that measures our life against that of someone else.  Our need for control has brought disappointment.

At its heart, control is about getting what we want.

At work, we worry that others get better assignments, make more money, work less, or receive some other benefit that we don’t.  At home, we concern ourselves with who does more chores, gives more in the relationship, or spends more of our collective money.  On the road, we rage against the “takers” cutting in front of us in traffic or skirting traffic laws to their advantage.  In society, we fume at special interest groups receiving a disproportionate share of government largess while we continue to pay our taxes and feel that we receive very little.

In these cases, our disappointments stem from how we view our position or situation relative to someone else.  We want a certain outcome and we don’t get it.  Our fairness meter indicates that we have entered the red zone and we get irritated, lessening our joy due to factors that typically have little or nothing to do with us or our situation.

To be human is to be a bit obsessed with our relative situation.  However, it is a recipe for disappointment.  Why? Because we typically focus on things that are outside of our control.  Stephen Covey described this in terms of a Circle of Influence and a Circle of Concern.  Concern is the broad landscape of the world around us, over which we have absolutely no control or influence.  Influence is the smaller bit of the world that is more immediate and accessible.  Spending time in the Circle of Concern is counter-productive and often quite frustrating.

To be human is to be a bit obsessed with our relative situation.

Recognizing that you are allowing the outside world to pollute your frame of mind is one thing.  Taking action to control your attitude and focus on those things that you can influence is entirely different.  It is much easier said than done and requires tremendous intention and discipline.  Even then, you will fail from time to time.  Here are some things to tell and ask yourself when you feel that negative energy beginning to surge:

Ultimately, we are really only in control of one thing: ourselves.  When we give in to our internal “control freak”, we fool ourselves into believing we have a disproportionate influence on the world around us and end up disappointed.  When we focus on our situation relative to that of someone else, we set ourselves up for doubt and resentment.  When we “rage against the machine” we are screaming impotence in a big, broad world rather than focusing on our more immediate world over which we have some degree of influence.

Instead of reacting to or worrying about conditions over which they have little or no control, proactive people focus their time and energy on things they can control.   —Stephen Covey, The 7 Habits of Highly Effective People

Share on FacebookShare on TwitterShare on Linkedin
Our Need for Control Leads to Disappointment2016-09-302016-10-01https://phillipberry.com/wp-content/uploads/2016/04/pb-weblogo-sm.pngPhillip Berry | Orient Yourselfhttps://phillipberry.com/wp-content/uploads/2016/09/control-disappointment.jpg200px200px
Comments
pingbacks / trackbacks

The Lost Art of Constructive DissentLead 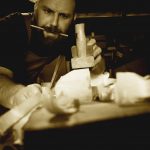