A cynic is a man who knows the price of everything, and the value of nothing. —Oscar Wilde

A few weeks ago, I came across a meditation entitled “Beware men of clever insincerity.”  The article centered on a 4th Century homily by St. Basil of Caesarea warning of the dangers of “fickleness and pliability.” The proverbial wolf in sheep’s clothing.

The title of that article has been rolling around in my head and came to mind earlier this week when I read a LinkedIn post ranting about how much the author hates business inspirational slogans.  “I bled out my mouth in the street trying to die because of them” said this writer as he went on to tell us how “the masses are fooled.”

I was left with the unsavory feeling of having been dragged through something dark and unpleasant.

Though he ultimately put some helpfully practical suggestions into his post, I was left with the unsavory feeling of having been dragged through something dark and unpleasant.  Not the facts.  Not truthful perspectives.  We must all work to see the world as it is, not simply as we want it to be.  No, it was his cynicism and sarcasm that left such a cloud over the piece.

Gauging my feelings after reading his article, the title for this post came to mind. Beware the cynically sincere.  Watch out for the person who wraps their dark view of the world in humorous language feeling that the sarcasm makes it more palatable, useful, or entertaining.   In the case above, the writer was sincere.  He left no doubt that he believes that business motivational quotations are shallow and cliched which of course makes them worthless.  However, does that dark view improve his life or the lives of those who read his work?

Watch out for the person who wraps their dark view of the world in humorous language feeling that the sarcasm makes it more palatable, useful, or entertaining.

We live in an age of cynicism.  You see it in comments that people make on the posts of others.  You see it in our news and our entertainment.  Apparently, it is far more entertaining to tear down than to build up.  It is certainly easier.  The post I reference above specifically tells wannabe entrepreneurs to quit thinking big.  Why?  Because the “odds are against you.”  Wow!

I suppose it is a method of self-protection but it screams of a narrowness of thinking in an inability to see something bigger and more meaningful.  If your purpose in life is to protect yourself from any bumps along the way, you will fail in that purpose.  Sitting on the sidelines and attacking the foolish masses for believing platitudes on hard work, aiming for the top, or giving it their best may make you feel safer.  However, while you are mocking those people, I promise you that one of them will be “killing it” or “out hustling” you on their way to fulfilling their own dream.  Which, by the way, may have nothing to do with getting filthy rich.

Cynicism becomes a bad habit and fosters negative energy.  Consider inspirational expressions that get used to the point of becoming trite.  Cliches are words of wisdom that became unfashionable because of overuse.   Does that mean that there is less value in the message?  Only if we say so.  When we busy ourselves with critiquing the form of a message, the spelling, the grammar, or even measuring the originality of the thought, we lose any benefit that might have been gained.  Our inner cynic is satisfied because we found the mistake or the banal, but we have done nothing to make our self better.

By all means, apply your critical thinking.  Demand more from what you read or to whom you listen.  Share your thoughts and join the conversation.  Just don’t confuse hateful criticism with constructive debate.

Beware of those that perpetually tear down, they won’t help you build your dreams.  Watch out for people that are great criticizers but never put their own work out there to be criticized.  Steer clear of the constantly dismissive, with them nothing ever moves forward.  Look for the value in the words of others and share hopefulness whenever possible.  This isn’t foolish optimism, it is the ultimately pragmatic path to joyfulness.  I guarantee that you won’t criticize, destroy, or mock your way to happiness. 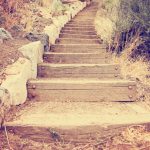 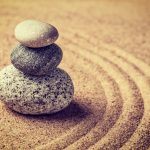