Ron Chernow and the Hamilton Phenomenon

“There are seasons in every country when noise and impudence pass current for worth; and in popular commotions especially, the clamors of interested and factious men are often mistaken for patriotism. —Alexander Hamilton

L ast week, the Benjamin Harrison Presidential Site hosted a Conversation with author Ron Chernow on Hamilton: The Man & The Musical.  It was a fascinating discussion of history, popular culture, education, and the relevance of our country’s founding in 2016. Chernow, a Brooklyn-born writer, historian, and biographer, published his biography of Alexander Hamilton in 2004 and it sat on the New York Times Bestseller List for 3 months. The book recounts the amazing achievements and dramatic failings of Alexander Hamilton against the backdrop of the American Revolution and the founding of the United States. His book was adapted into a Tony award-winning musical in 2015 by Lin Manuel-Miranda which has earned critical acclaim and commercial success over the last 18 months.

Alexander Hamilton was the third Chernow biography I had read (Washington and Titan being the first two) and it converted me into an Alexander Hamilton fan when I finished it in 2012. His story captures the essence of the American Spirit in so many ways:  an immigrant to America seeking his fortune, a man most ambitious and self-made, full of passionate and creative energy, and successful in spite of his flaws. It is a biography that reads like a novel with complex story lines that require no embellishment to be interesting. Lin Manuel-Miranda saw clearly the potential in this famously flawed Founding Father.

The Conversation with Ron Chernow focused on Hamilton in the context of the now famous Broadway Musical. Chernow, who was the historical consultant and an active collaborator on the production, has clearly been on a wild ride since this project began. Attributed “rock star” status for his association with the musical, he recounted stories of autograph signings, throngs of fans, and even young girls giddily approaching him for selfies on the streets of Manhattan. For this humble biographer, the fame and attention has been exciting and surreal. Chernow recounted the first time Lin Manuel-Miranda performed the opening rap “Hamilton” for him and his surprise at the compelling nature of the performance. Says Chernow, “I told Lin: you captured my entire book, and Hamilton’s life, in just a few minutes.”

One of the more interesting discussions of the evening focused on the musical’s educational impact. Though Chernow affirmed that dramatic license was taken with some parts of the production, it’s content is actually quite true to history. His conclusion? The contemporary nature of the music, the dramatic production in New York, the diversity of the cast, and the powerfully entertaining story of Alexander Hamilton have combined to create a magnet to the history of the figure as well as the revolution and founding of our country. Chernow was quick to point out that the musical is no substitute for learning the history but it has been amazingly effective at reaching an entirely new generation of young people for whom the stiff, single-dimensional version of this time period currently taught has come to feel irrelevant.

The Relevance of Hamilton

As I listened to Ron Chernow as well as the well-crafted questions asked by moderator Charlie Hyde, I was struck by the power of Hamilton’s story, his relevance today, and the critical nature of a strong liberal arts education. Chernow talked about the gods and myths of the American Founding – a period of time that has come to feel impossibly distant from our world today.

One of Chernow’s great responses was to a question about the Founding Fathers. He said that he is often asked “what would the Founders think?” Chernow said that the power of history is to realize that problems in our country have always existed and ways were found to move through and past them. He went on to remind us that the Founders quarreled bitterly over many of the same issues we see today: race, state versus federal power, the role of our country in the world, etc. The very human elements of our great experiment in democracy will always be present.

The American Revolution was to succeed because it was undertaken by skeptical men who knew that the same passions that toppled tyrannies could be applied to destructive ends. —Ron Chernow, Alexander Hamilton

Chernow’s only social commentary on the point of education was to suggest that we need to find a balance for the knowledge and fact seeking elements of our math and science classes with the logic, judgment, and thinking skills taught in the humanities. In short, we need the humanities to help us determine what to do with all of our knowledge. I found his perspective to be incredibly profound.

The evening was an amazing journey into a most curious intersection of past and present, pop culture and historical perspective. The room was slightly beyond capacity and the crowd completely engaged by the answers and perspective of the biographer from Brooklyn. Chernow mentioned several times that Hamilton’s truth was far too interesting to require any fiction. It was clear that he was a fan of the man, in spite of his failings, seeing Hamilton in a context and relevance that spans time and space.

For me, the lessons of Hamilton’s life returned: aim big, take responsibility for your actions, pick yourself up when you fall, never stop learning, live and love passionately, seek ways to make a difference, be all of which you are able, your honor matters. I haven’t seen the musical yet but when I do, I suspect it will take me to Alexander Hamilton in a way that is both delightful and unexpected.

..the lessons of Hamilton’s life returned: aim big, take responsibility for your actions, pick yourself up when you fall, never stop learning, live and love passionately, seek ways to make a difference, be all of which you are able, your honor matters. 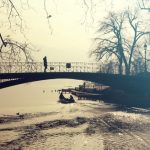 People, Assumptions, and the Stories We Tell OurselvesEvolve 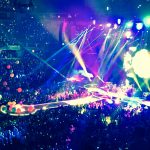