We need more hubris. Not the hubris of greed and lying, but the hubris of saying, “I made this. I am responsible for it. What do you think?” And it’s so hard to get someone to say that. We’ll do anything rather than take responsibility. —Seth Godin

A recent post discussing the hubris of Apple’s new headquarters made me think about our love-hate relationship with success.  The author’s point was that the sheer grandeur and excess of this architectural marvel reflected Apple’s inward focus and narcissistic view of the world.  His points about getting lost in our own sense of ourselves and losing sight of the customer are valid.  However, I couldn’t help but think that he is missing something more profound.

In similar fashion, another recent article discussed Tesla’s “autopilot” accident and suggested that founder Elon Musk continues to “overreach” in his ambitions.  The article focused on Musk’s audacity to paint a vision 10+ years into the future and the hubris involved in thinking he could actually put a deliberate plan in motion to create that vision.  Looking a bit further, this theme continues in other articles that use the same term: overreach.  How dare someone have the gall to aspire to the impossible!

In both cases, high profile companies draw the normal scrutiny and criticism afforded those in the limelight.  Fair enough.  However, the bigger picture is often missed in these criticisms.  Let’s begin with Apple’s new headquarters.

Massive. High tech. Outrageous? Perhaps.  But that seems like such small thinking.  Look at Apple, arguably the most successful company in the world.  So profitable that they cannot find enough places to put their earnings.  The company has been built on inspiring people.  Reinventing itself repeatedly with new products and even new markets, Apple has demonstrated an uncanny ability to evolve.  The company’s ambition has been nothing short of changing the world by changing the lives of its customers.  Can it continue to be successful?  Can it maintain its pace?  Does it have the leadership, will, and vision to sustain its dominance? Clearly, Apple feels that it can and will.

The new headquarters is a bold statement.  It celebrates the success and says “the best is yet to come.”  Hubris?  Absolutely.  It is an act of hubris to believe you can change the world.  It is complete arrogance to put new products into the market and think someone might actually buy them.  Can it be anything other than hubris to look into the future and believe that you will matter?  Apple’s headquarters is completely consistent with every move it’s made since Jobs returned and reflects an ongoing attempt to sustain his magic.  Was he being narcissistic when he pursued the development of products for which no one was asking?  Please Apple, continue to build your products, technological monuments, and our future.  For my part, I welcome your hubris.

Great men and women will always draw awe, and resentment, from the rest of us.  I cannot speak to Elon Musk’s personality traits – I don’t know him.  However, I will suggest that the arrogance required to look into the future and then to deliberately build a plan to achieving it is something I admire greatly.  And something which we will continue to need as a society and a world.  Musk has done this on multiple levels with multiple companies and continues to push the boundaries.  Overreach?  Absolutely.  Please Elon, keep it up.

Musk has had the nerve to step into places that capitalists fear to tread: uncertain development projects with massive costs and long term payouts (maybe).  Automobiles and rockets – sheer madness!  Will he succeed? Will he fail?  The only thing certain is that he will continue to be criticized.  Besides the technology advancements and their effects on our lives, his greatest gift to us IS his audacity.  The courage, and arrogance, to pursue the improbable (if not the impossible.)

When Apple and Elon Musk falter, there will be no shortage of pundits celebrating their failings and telling us: “I told you so.”  When? Certainly.  Apple, Tesla, SpaceX – these companies will continue to push the boundaries and in so doing will occasionally falter.  If they don’t hit some bumps, they are not pushing toward their greatest potential and impact on our world.  Love ’em or hate ’em, I will continue to cheer them and their boldness.  If it is hubris to believe you can change the world, then I think that isn’t such a bad thing. 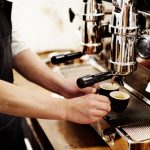 The Power of Exceeding ExpectationsSucceed 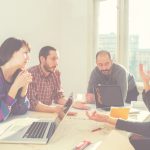