10 Lessons From the Greatest Spectacle in Racing

By Phillip Berry
June 1, 2016
Y esterday, I experienced the 100th running of the Indianapolis 500. It was truly a spectacle.  Somewhere around 400,000 people converged on a small town on the west side of Indianapolis and crowded into the Indianapolis Motor Speedway (IMS), a massive complex of bleachers, garages, suites, vending stands and various other structures built around and within a 2.5 mile oval. The facility is awesome to behold.

As a native of Indianapolis, I grew up with this event.  The drama, the larger than life players, the excitement, the risk, the hype, and the incredible scale of the Race itself were part of our hometown heritage. For a time, we even lived in the town of  Speedway and could see Turn 4’s massive wall of stands from our backyard. The 500 and the Track were always there; simply part of the fabric of the City of Indianapolis.

With David Letterman in the audience yesterday, perhaps a Top 10 is appropriate for sharing some lessons from The Greatest Spectacle in Racing:

Perhaps listing only 10 lessons doesn’t do justice to such a spectacle. However, these lessons give a sense of its power. If you should have the opportunity, I encourage you to experience the 500 for yourself. Then, let us know about your takeaways. 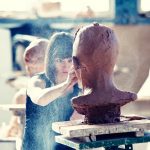 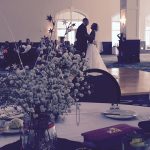 Who Will You Choose to Become?Evolve