What’s Slowing You Down?

The room was not impressively large, even by Manhattan apartment-house standards, but its accumulated furnishings might have lent a snug appearance to a banquet hall in Valhalla. —J.D. Salinger, Franny and Zooey

I nspiration comes from the most improbable sources.  Yesterday, I spent a few hours cleaning drains around the house.  Not my favorite task but ultimately satisfying.  In a house with three long-haired beauties, we periodically notice water beginning to drain slowly in the tubs and sinks.  And though other activities on a Saturday afternoon may have been more appealing, sometimes it’s nice to tackle the mundane on your own.

As I cleared these drains, I was struck by how little it took to slow them down.  A small blockage eventually became a big blockage rendering the drain nearly useless and thereby frustrating.  Our worlds are full of small things slowing us down and this is especially evident with technology.  Why does my computer seem to slow with time?  What do you mean my online storage is full?  Somehow, someway, we accumulate a vast array of bits and bytes that conspire to slow us down.

A Collection of Baggage

However, it doesn’t stop there.  The accumulation of baggage slowing us down occurs in almost every aspect of our lives:

After clearing the drains, I was amazed at how well they worked.  The blockage occurred slowly over time so it was barely noticeable until it became very noticeable.  The same thing happens with us. We accumulate stuff that slows us down and we don’t notice until we wake up one day realizing that it is like an anchor holding us back.

Clearing the drains is pretty straightforward. Make up your mind, make sure you have the right tools, and invest the time to just do it.  Much of the baggage in our lives works the same way.  We simply have to recognize it and commit ourselves to the process of purging it.

Unfortunately, it often isn’t simple.  Distractions, time, frustration, and a collection of other excuses seem to get in the way.  The slow build of clutter is so subtle, so effortless.  Its removal can be far more complicated.  Why?  Because it often requires changes in behavior.  It might be easy to clear a stack of files from your desk or flush some drains.  However, forgiving someone, clearing your mind, or losing weight demands so much more.

Or does it?  Make up your mind.  Make sure you have the right tools. Just do it.  It doesn’t have to be complicated.  You are built to accomplish things, to succeed.  Human beings are capable of unbelievable achievement when motivated by goals and the will to reach them.  Recognizing that something is slowing you down is Step 1.  After that, you simply apply your determination as you’ve done a thousand times before and make it happen.  Period.

As for the Berry house, now we’ve got smoothly running drains.  That garage could use a bit of help and the laptop is definitely showing signs of extra baggage.  Hmmm, I wonder what else might be slowing us down… 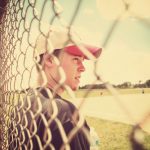 Unleash Your Team! Remove the BackstopLead 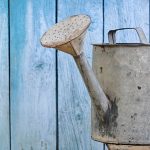