By Phillip Berry
June 23, 2015
I n 1895, 33 year old George Washington Vanderbilt III opened his newly completed Biltmore Estate to guests. The opening marked the completion of six years of work by an army of craftsman to bring the country estate to life. The project was immense: a nearly 180,000 square foot mansion with 250 rooms, a 12,000 square foot stable, 125,000 acres of forests, farms, and dairy, a 250 acre wooded park, five pleasure gardens, and 30 miles of roadways. It was (and still is) a sight to behold.

George was the grandson of The Commodore, Cornelius Vanderbilt, and the son of William Henry Vanderbilt. As the third male heir, he was awarded a much smaller inheritance than his two older brothers, $6.25 million. Today, that inheritance would equal buying power of about $180 million (See measuringworth.com). Vanderbilt spent $5,000,000 on Biltmore – 80% of his inheritance! Talk about commitment to your vision! 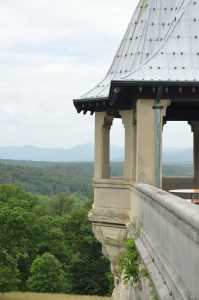 Vanderbilt’s vision was to build a working estate modeled after European manors which meant following an agrarian model. From the start, the venture brought jobs, development, and commerce to Asheville, NC. At it’s peak, the estate was costing $250,000 annually to maintain, a cost that was not offset by what it produced and it quickly depleted Vanderbilt’s remaining wealth. Young George was all-in from the very beginning.

George Vanderbilt died in 1914 at age 52. His wife and heirs began a period of contraction, selling pieces of the estate to support themselves and keep the core of the property in the family. Over the years, they did just that and managed to get by until George’s grandson, William Cecil took over the family business in 1960 and transformed Biltmore from simple tourist attraction to a thriving enterprise.

Today, the Biltmore Company employs over 1,800 people and generates about $134 million in revenue. Over 1 million visitors a year come to see the Estate and spend an estimated $140 million in the local economy. The company is privately held and is still owned by George Vanderbilt’s descendants – a true family enterprise.

Pure hubris or ultimate startup? George Vanderbilt could hardly be accused of being an entrepreneur. His vision to turn his inherited wealth into an estate fit for a European Noble certainly reflected gilded age vanity. He had no experience in business and was completely dependent on others to manage his affairs. He saw himself as an intellectual man of leisure – Lord of the Manor. However, his vision for Biltmore as a working estate and early investments in enterprises to support the estate laid the groundwork for what would become a thriving enterprise.

As I walked the grounds during a recent visit, I was overwhelmed by the beauty and elegance of the house and gardens. The attention to detail and craftsmanship was present at every turn – Biltmore is breathtaking. However, it was the business side with which I was truly impressed. Smart marketing appeared at every corner. I’m not just talking about the touristy kind of logo items that similar destinations offer. The Biltmore Company is completely self-aware: it’s facilities, branding, and operations reflect an attention to detail, focus on quality, and a desire to impart a certain experience on visitors. It is very well run.

For me, Biltmore is the ultimate startup. An individual bet everything he had on a vision and took that vision as far as he could. That original vision failed as a self-sustaining business model but succeeded in sowing the seeds for something far more than he ever imagined from a capitalistic perspective. The Biltmore enterprise has evolved over time to become a very real business making a very real impact on its owners, employees, and community. From my perspective, that impact is the ultimate measure of success. 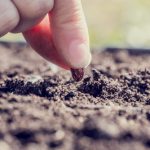 What Will You Plant this Week?Succeed